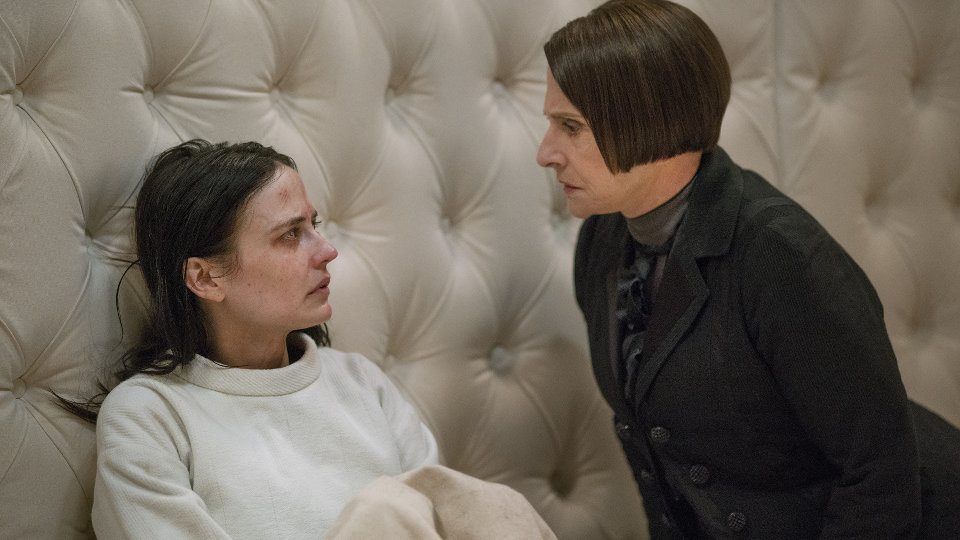 Vanessa (Eva Green) got a big clue linked to her past on the latest episode of Penny Dreadful.

After spending more time with Alexander (Christian Camargo), Vanessa decided to end their relationship when she was faced with one of Dracula’s minions. Still unaware that Alexander was in fact Dracula, Vanessa was warned that she had met the man himself when she was in ‘the white room’.

Elsewhere Ethan (Josh Hartnett) joined forces with Hecate (Sarah Greene) to try and keep away from his pursuers, which included Sir Malcolm (Timothy Dalton) and Kaetenay (Wes Studi). Meanwhile The Creature (Rory Kinnear) returned to London and found that his son was gravely ill, and Lily (Billie Piper) and Dorian (Reeve Carney) caused havoc by getting revenge on the man that bought and whored out Justine (Jessica Barden) when she was a child.

The next episode of the season is A Blade of Grass. After receiving a clue about a past experience, Vanessa convinces Dr. Seward to use a new form of therapy, hypnosis, to take her back in time.

In this article:Eva Green, Penny Dreadful