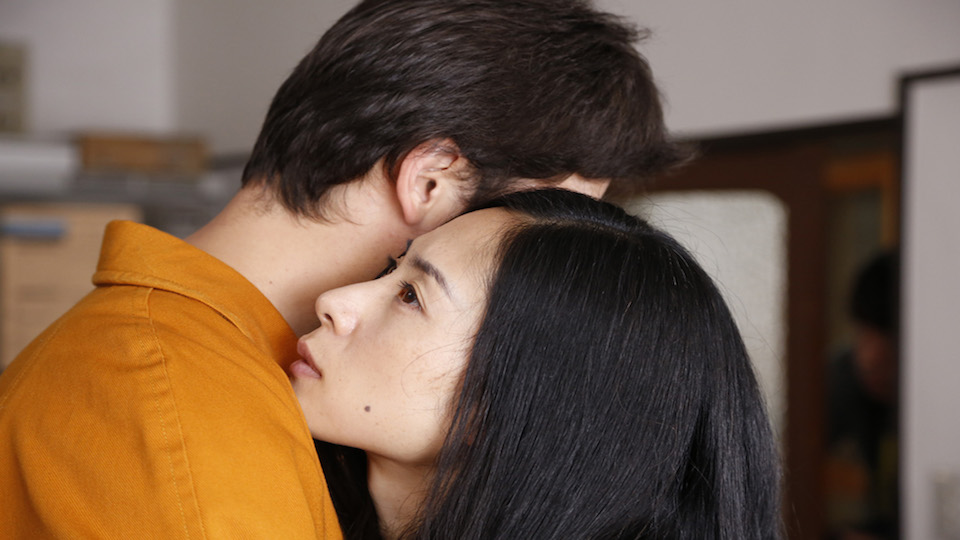 This new release from Eureka’s Masters of Cinema series, sees Japanese horror maestro Kiyoshi Kurosawa at his most romantic and reflective. Taking material that could either be played for laughs, or gigantic gasping sobs, Kurosawa instead finds a quiet and understated sadness in this supernatural tale of grief and loss.

Journey to the Shore tells the story of Mizuki (Eri Fukatsu) a piano teacher, living a desperately lonely existence. One evening whilst cooking, she looks over her shoulder to see her husband Yusuke (Tadanobu Asano) standing there. Yusuke has been dead for three years. He tells Mizuki that he has been travelling back to her ever since. “It was a long way home. Not many dead men can make such a journey.” You would have to be made of stone not to be moved by this achingly romantic sentiment.

The release of the film comes with a director’s statement, where Kurosawa tells us that “in Japanese, there is a verb for the act of accompanying a dying person, or watching over them until death. It is called mitoru.” This shared spiritual experience is the basis of the film. When people know their time together is short, all of the emotional and intimate things they never said are finally spoken. But instead of by a bedside, Kurosawa stages it as a road trip.

Yusuke asks Mizuki to come on a trip with him, to visit the people who helped him on his journey back to her. Some are dead and some are living, and some need their help. This is a film that is not concerned with the physical death of the body, but the true death of the spirit.

There is a haunting stillness in the early scenes of the film, and a quite stunning use of light and dark, with characters moving in and out of shadow. Despite the film having a supernatural premise though, it lacks the sense of dread and eeriness that you would expect from Kurosawa based on his earlier films. He instead adopts a more romantic tone, full of hope, sweetness and melancholy.

The two leads, two of Japans most famous actors give beautiful and moving performances, especially Eri Fukatsu, whose youthful appearance masks a well of heartfelt emotion.

However, the film as a whole suffers from it’s glacial pacing, and strange narrative. It is not always clear what is happening, or where the characters are, and I’m sure this sense of displacement is intentional, and feeds into Mizuki’s fear of being alone again, but it does make for a trying viewing experience.

Advertisement. Scroll to continue reading.
In this article:Blu-ray, journey to the shore, kiyoshi kurosawa, masters of cinema, review