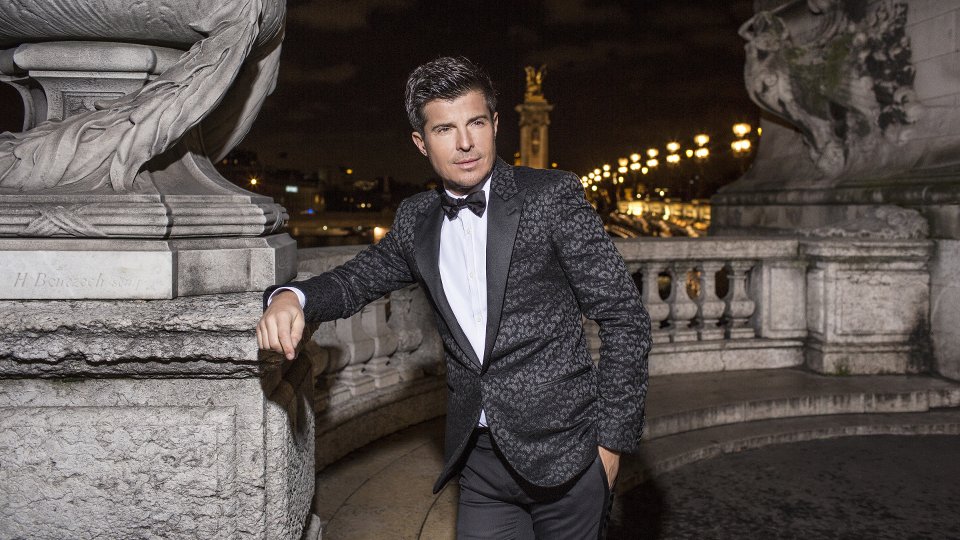 Already a big star in his native France, Vincent will expand his fanbase to international audiences with the release of the new album, his first since 2014’s Ce que je suis. Prior to launching his singing career, Vincent was a musical theatre star with lots of credits to his name.

I caught up with Vincent to find out more about the album, talk about his recent stint on Dancing With the Stars, and discuss what he’s like in the studio.

Hello Vincent, how are you doing today?

I am really well thank you. I am lucky enough to be able to live my passion of music, so I am happy.

You’ve got some exciting plans ahead – including a tour and new album. Let’s talk about your new album Romantique. What made you want to record an English-speaking album?

I’ve always dreamt of recording an album in English. Last year I was performing at the Théâtre du Châtelet in Paris, and my international agent invited Sony Music UK and Sony Music US to come and see me. One week later I found myself in London and signed a contract with them. It was a dream come true for me!

Is it a different feeling – singing in English, compared to when you sing in French?

It’s a completely different approach and my desire to sing in English comes from that. Words in English have a different sonority, which allows me to express emotions in songs in a very different way.

Who did you learn the most from, whilst working on your new album?

I have learnt from everyone that brought their talent onto the album. The producer, Mike Hedges gathered an amazing team around this project. Everyone was open and helping each other which created a comfort zone and a great atmosphere to the development of the record.

I am very focused but also very relaxed and immersed whilst I was making the album. I try to make every single song mine, so I can bring the emotion I feel while singing it. Sometimes it comes out naturally but if I am not satisfied , then I will do it again, as I am a perfectionist.

What can we expect from your upcoming tour?

It would be great to be able to come and do concerts and meet the British audiences.
We are discussing about it at the moment, I would like to be able to build a show with different scenes, like I did in France.

What do you like about visiting London and the UK in general?

I’ve been coming to the UK since I was a child and I love visiting. In London, there is a unique and completely different atmosphere – than there is in Paris.

Tell us about taking part in the French version of Dancing with the Stars.

If I’d have to do it again, I would. It was an incredible adventure. I also learned a lot about myself and my body to the point that it changed my behaviour on stage. I feel much more comfortable with my body and my moves.

What was your favourite dance to learn?

Tango. I felt connected to this dance straight away.

And your least favourite dance to learn?

Which English artists have you been inspired by?

Vincent Niclo debut album Romantique is released 20th May 2016 on Sony Masterworks. He performs on ITV’s Weekend on 21st May 2016 and on ITV’s Lorraine on Wednesday 25th May for an interview and performance of She. Watch Vincent’s video for She below: