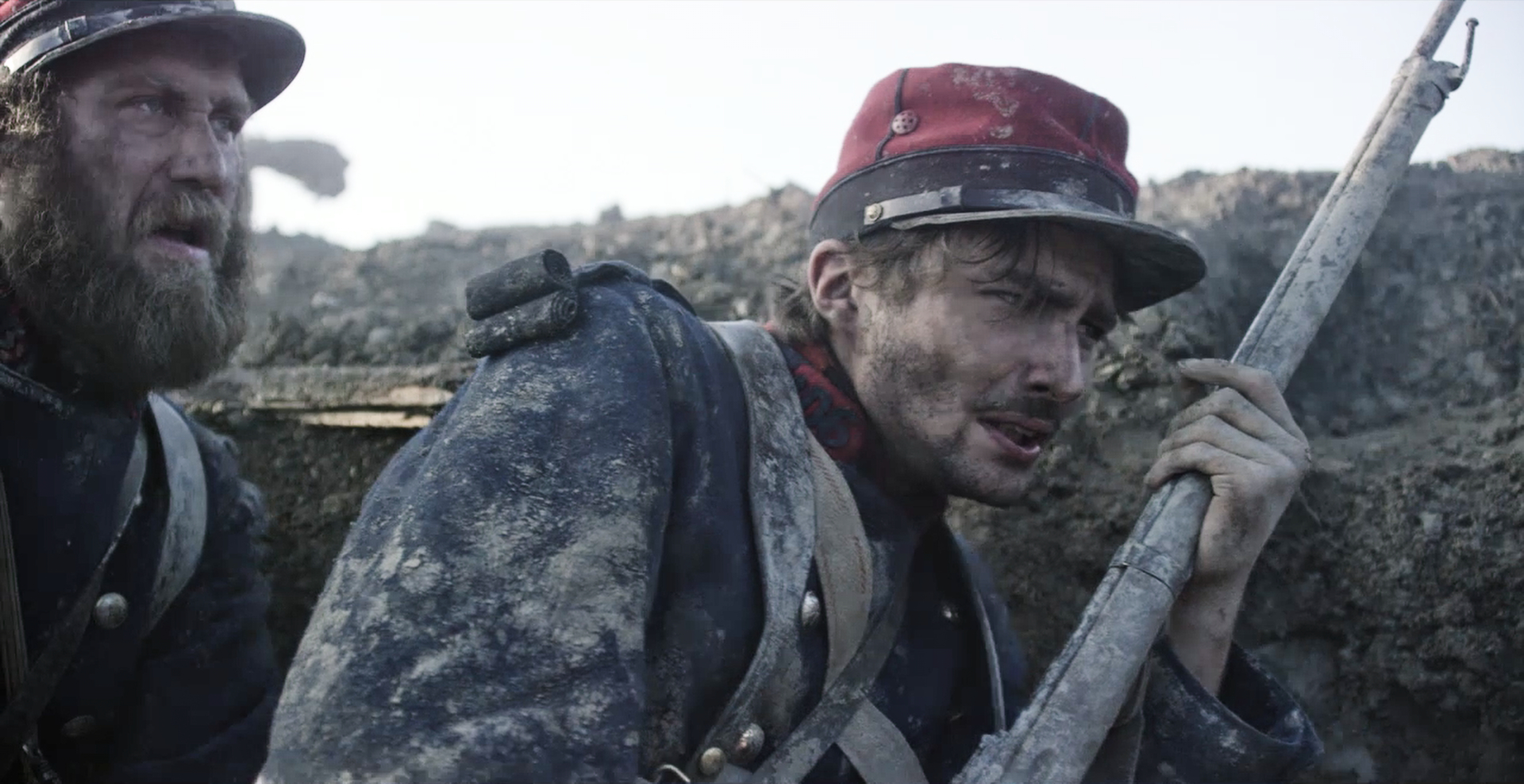 When all is said and done, Damien Odoul’s World War I drama The Fear is unlikely to bother the canon of great films about the Great War. Based on the novel by Gabriel Chevallier, the film follows a group of friends from a French village, who enlist in the war, thinking it’s all a jolly good patriotic adventure. What they discover instead – quelle surprise – is that it is hell on earth. This is hardly a revelatory insight.

The film starts interestingly enough, with a scene in a tavern at the outset of the war. Peasants sing La Marseillaise, whilst others worry about the patriotic and nationalist fervour. The whole sequence is shot in slow motion, with the audio out of sync with the action. It creates a very effective sense of the chaos and discord that will score their lives from this point on.

Unfortunately, the film then makes too many subsequent errors to capitalise on this strong opening. Firstly, Odoul for some reason saw fit to cast complete amateurs in all the lead roles. This has worked in the past, but usually when the first time actor is being asked to portray an extension of a life they already understand. Not a soldier from 100 years ago.

To make matters worse, he cast impossibly handsome amateur actors. They are the least convincing bunch of French villagers you have ever seen. The main character looks like a waifish extra from an arthouse Chanel commercial.

The film is also narrated by the main character in an endless stream of insipid philosophical voice over. Aside from being a grating and boring way to progress the story, it completely distances the viewer from the immediacy of what is happening. This film is called The Fear. However, the director and “actor” don’t even come close to evoking this emotion.

Throw in some truly atrocious CGI, and a crisp digital aesthetic that makes the whole thing look like mid-budget television, and you’re left with very little to recommend. Yes there are some striking visuals, and yes it does convey the futile brutality of the trenches, but it’s just not enough. The same material has been covered many times before, and many times better.