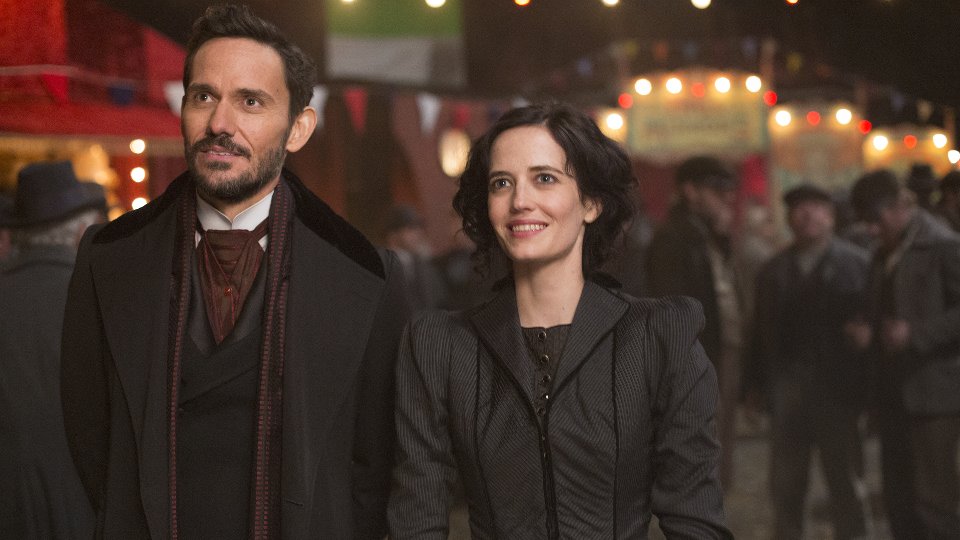 Count Dracula was revealed during the latest episode of Penny Dreadful.

Dr. Sweet (Christian Camargo) revealed his true colours to Renfield (Samuel Barnett) after asking the receptionist to report back to him about Vanessa’s (Eva Green) counselling sessions. Prior to that moment, Sweet continued to get closer to Vanessa after she asked him to accompany her on a night out.

Elsewhere in the episode Lily (Billie Piper) and Dorian (Reeve Carney) rescued a girl from a torture house, Jekyll (Shazad Latif) showed Frankenstein (Harry Treadaway) his lab and they tested his treatment on a subject, and Ethan (Josh Hartnett) escaped from his escorts with the help of Hecate (Sarah Greene).

The next episode of the season is Good and Evil Braided Be. Ethan reluctantly joins forces with Hecate as they race across the desert, with Sir Malcolm (Timothy Dalton) and Kaetenay (Wes Studi) hot on their trail.