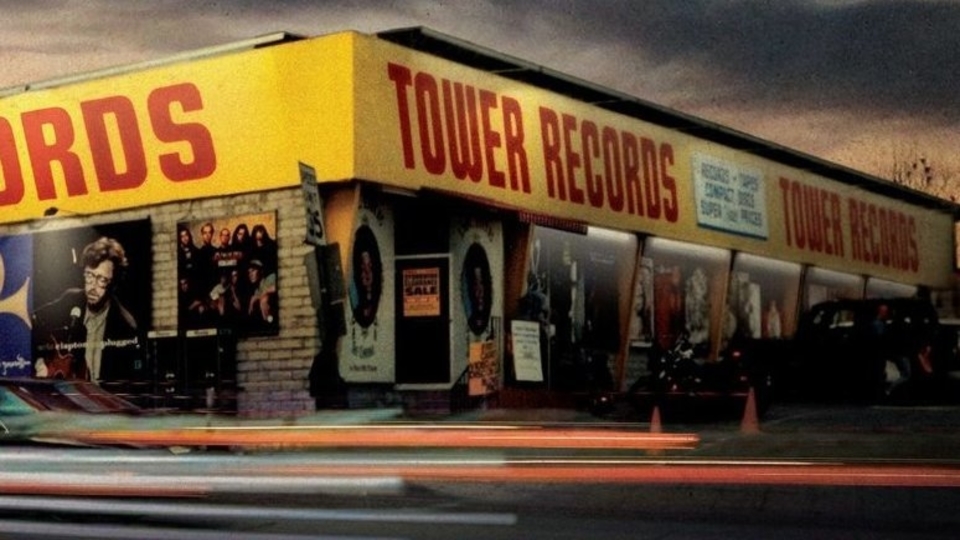 Tower Records, one of the most loved retail brands in music history, will be brought back to prominence in brand new feature film, All Things Must Pass: The Rise and Fall of Tower Records.

Directed by Colin Hanks, the film documents the ill-fated trajectory of the Tower Records empire and is available now on DVD and digital download.

Tower Records was founded in 1960 by Russell Solomon. From humble beginnings, it first opened its doors next to Solomon’s father’s pharmacy in Sacramento, California. Over the next 30 years Solomon and his team took Tower Records to unprecedented success with 200 stores across 30 countries in 5 continents.

In 1999, Tower Records was at the height of its dizzying success, making $1 billion that year alone. In 2006, just seven years later, the company had filed for bankruptcy. All Things Must Pass: The Rise and Fall of Tower Records explores the epic rise and devastating demise of the rebellious Russ Solomon’s record empire.

The film features appearances from top industry figures and celebrity fans of Tower Reocrds, such as music legends Dave Grohl, Elton John and Bruce Springsteen who open up about their memories of Tower Records and why it meant so much, to so many. All Things Must Pass is unexpectedly emotional as the film explores the tremendous effect that Tower Records had on the lives of its employees and customers alike, and the void it left behind when it finally closed its doors.

Colin Hanks commented, “I’ve been incredibly lucky to have been able to tell the amazing story of Tower Records in my first film. As a music lover myself, it’s a story that I’m hugely passionate about, and being surrounded by Ross Solomon and his team, the Tower Records family who also have such enormous passion for the brand, really brought All Things Must Pass to life.

Russ and his team built Tower Records into a global phenomenon, a true haven for music lovers, which left a void in the lives of so many when it closed down. All Things Must Pass is a true rollercoaster of life’s greatest highs and most unexpected lows and I hope audiences will be equally as moved when they watch it, as I was when making it.”

All Things Must Pass: The Rise and Fall of Tower Records premiered in Los Angeles in October 2015 with an epic performance from Eagles of Death Metal live outside the famous Tower Records site on Sunset Blvd where they entertained over 800 fans and music lovers.

The DVD release features bonus footage including unseen deleted scenes from the film and further interviews with key figures. There’s also an insight into the fierce legal battle to preserve the original Tower Records location and a history of the store’s famous marketing murals, which lined Sunset Blvd.

To be in with a chance to winning one of 3 copies of All Things Must Pass on DVD, all you have to do is answer the question below.