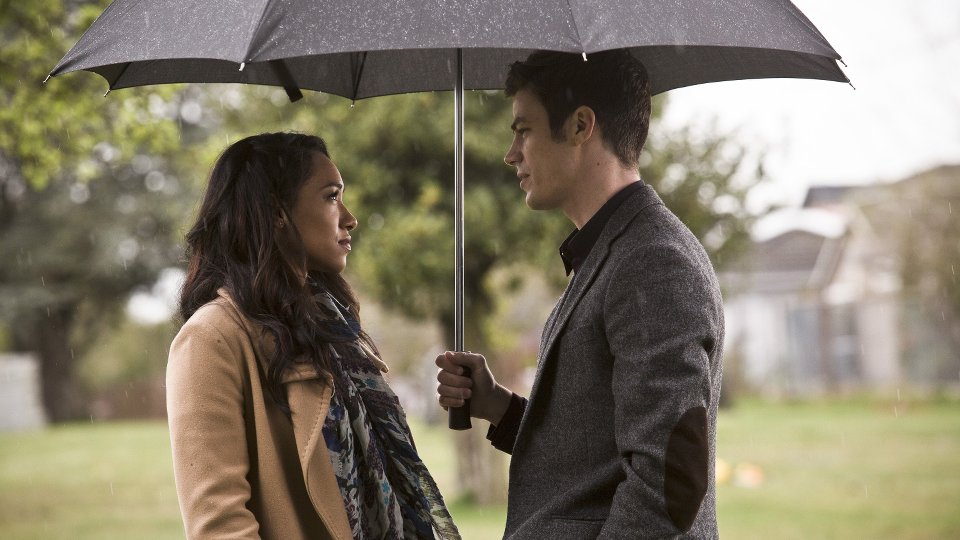 Barry (Grant Gustin) attempted to stop Zoom (Teddy Sears) without his powers on the latest episode of The Flash.

Zoom returned to Earth-1 with Caitlin (Danielle Panabaker) in tow and his returns coincided with the arrival of Rupture (Nicholas Gonzalez), the Earth-2 version of Cisco’s (Carlos Valdes) brother. Rupture was determined to kill Cisco to get vengeance for his brother’s murder but he was killed by Zoom after failing to carry out his orders.

Barry’s failure to stop Zoom led him to agree to Wells’ (Tom Cavanagh) plan to create another particle accelerator explosion against the wishes of his father Henry (John Wesley Shipp). Before he took part in the plan, Barry was surprised when Iris (Candice Patton) told him she thought they should make a go of being a couple. During the experiment, Barry appeared to vaporise.

The next episode of the season is The Runaway Dinosaur. Iris volunteers to act as the bait in a plan to trap Girder in S.T.A.R. Labs; Barry struggles to go back to his old life.