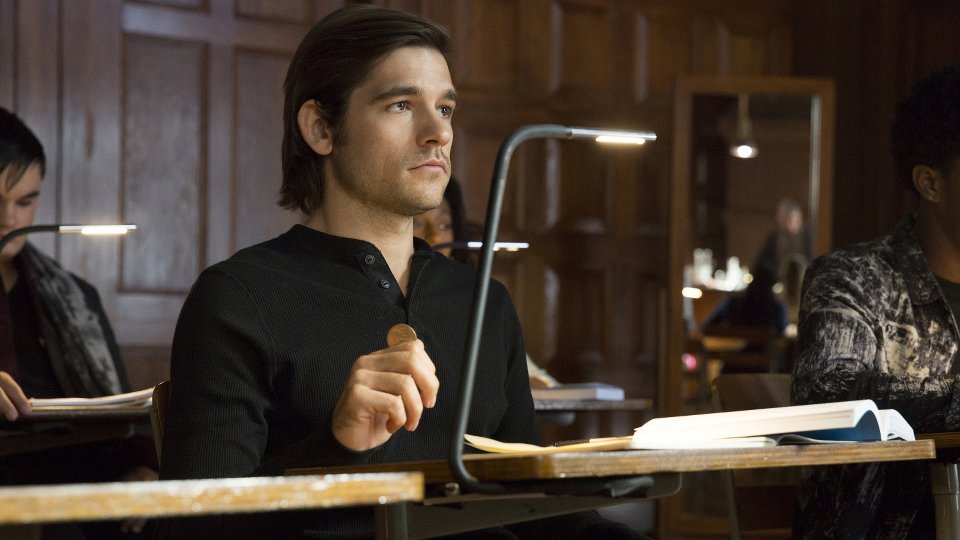 Starring Jason Ralph, Stella Maeve, Olivia Taylor Dudley, Arjun Gupta, Hale Appleman and Summer Bishil. The series is based on the novel of the same name by Lev Grossman.

Quentin Coldwater (Ralph) arrives at Brakebills University, a school dedicated to training Magicians. There, he and fellow students Alice (Dudley), Penny (Gupta), Margo (Bishil) and Eliot (Appleman) hone their skills, test their mettle and form new (and often times, problematic) relationships, all while facing a dangerous and deadly threat from a magical world. Meanwhile, Quentin’s friend Julia (Maeve) – rejected from Brakebills – pursues magic on her own down a dark, often dangerous, path.

In a recent interview with Fashion & Style, Jason Ralph explained his love for the book that the series is based on: “I started reading the book and became a very quick and very rabid fan, and it became really important to me to make sure that we were doing these books justice. I found myself in an opportunity to sit down with the creatives and chat about what we love about these books and I came away from that meeting very sure that these were the people I wanted to tell the story with.”

The Magicians has already proven a big hit in the US and has been renewed for a second season which is expected to air in January 2017.

Tune in to 5STAR at 9pm tonight to see the first episode of The Magicians. Watch the trailer below:

In this article:The Magicians