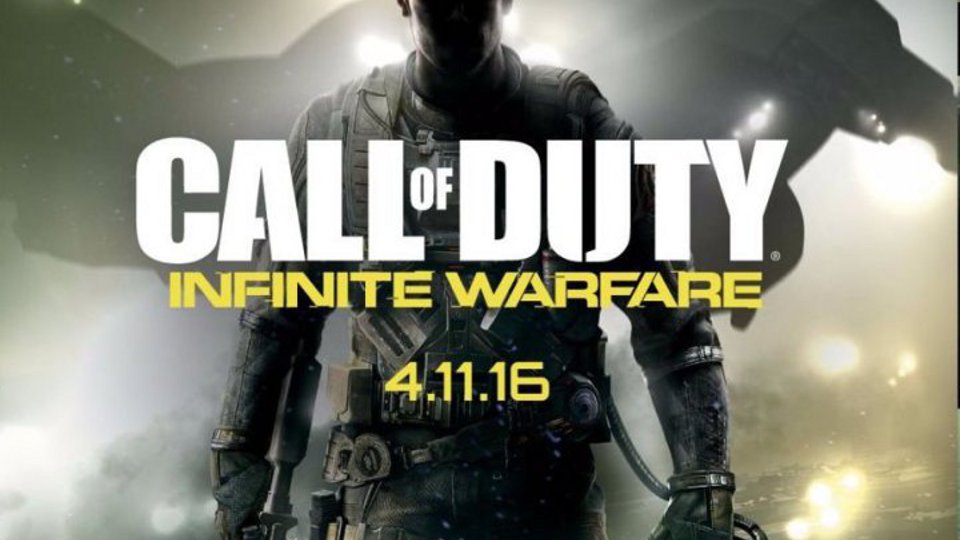 Call of Duty is returning to its roots for a classic, epic battle of two armies unlike anything seen before in the record-setting series. The game will immerse players in a war story that extends beyond the reaches of Earth into the vast expanse of our solar system.

Call of Duty: Infinite Warfare is set in a desperate time of overwhelming adversity, the player, as Captain of their own warship, must take command against a relentless enemy. Experienced soldiers are thrust into extraordinary circumstances that will test their training and reveal their true character as they learn to lead and to make the hard decisions necessary to achieve victory. The game also introduces never before seen environments as well as new weaponry and player abilities. The entire campaign – from boots-on-ground combat to piloting high speed space-fighters – occurs as a near seamless experience with few visible loading times.

Watch the Call of Duty: Infinity War reveal trailer below:

One of the most critically acclaimed titles in the series, Call of Duty 4: Modern Warfare is being remastered for current generation consoles. Executive produced by Infinity Ward and developed by Raven, Call of Duty: Modern Warfare Remastered boasts current generation visuals, with improved texture resolution and detail, high-dynamic range lighting, lit and shadowing VFX particles, revamped animation and audio, stunning sound and much more.

Fans will relive the full, iconic campaign as they’re transported around the globe with Capt. Price, Gaz and Soap across all the missions from the original game, including “All Ghillied Up,” “Charlie Don’t Surf,” and “Crew Expendable.” Players will also experience the online multiplayer mode that redefined Call of Duty by introducing killstreaks, XP, Prestige and more, and battle head-to-head in 10 fan-favorite maps from the original multiplayer mode, including classics such as “Crash,” “Backlot” and “Crossfire.”

Watch a behind the scenes video from Call of Duty developer Infinity Ward below:

Call of Duty: Modern Warfare Remastered is included with the following editions of Call of Duty: Infinite Warfare:

Infinity Ward have also announced a special video stream happening Monday, 2nd May at 6:30 PM BST / 7:30 PM CEST, during which members of the development team will speak to their fans and discuss their bold, new vision for Call of Duty. See the tweet below:

Ready up Monday, May 2 at 10:30AM PDT on your favorite @Twitch channel: https://t.co/vfqNDjdsIc pic.twitter.com/F0QmozRCRF