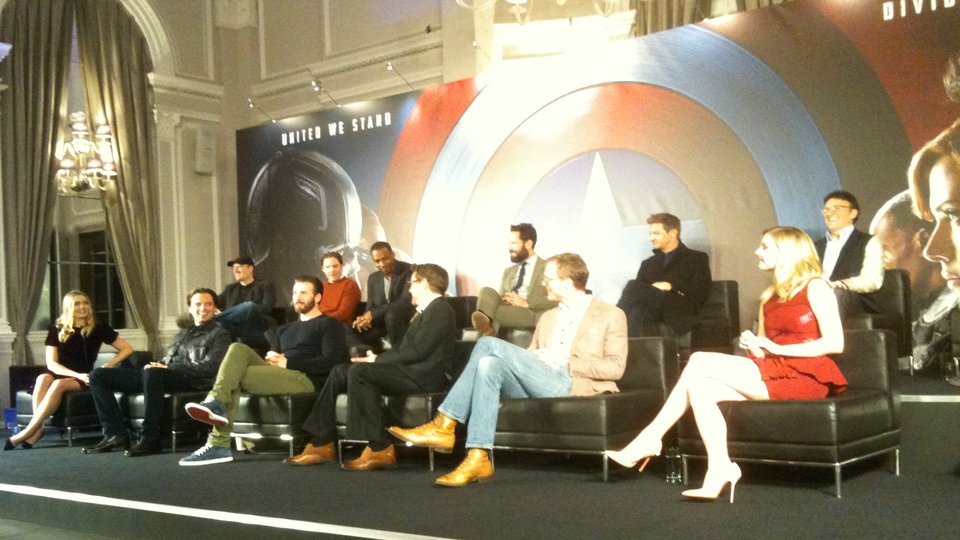 The wait is almost over! Captain America: Civil War is out in cinemas everywhere on 29th April. The stars came out in full-force to support the release and stopped by in London for the European press conference.

It was a lively, hilarious affair with the cast on great form as they discussed the brand new Marvel adventure. If you ever wanted to know just how many trailers Robert Downey Jr. has on-set then watch below as the cast swap funny stories about filming, getting in-shape for their demanding roles and how they all get along.

The cast were very at-ease throughout the whole press conference which made it all the more fun. Jeremy Renner’s dead-pan humour was a particular highlight as was the banter between Paul Rudd and Paul Bettany. The Russo brothers addressed a few character side-stories too which raised anticipation for the next batch of Marvel movies.

Marvel’s Captain America: Civil War finds Steve Rogers leading the newly formed team of Avengers in their continued efforts to safeguard humanity. But after another incident involving the Avengers results in collateral damage, political pressure mounts to install a system of accountability, headed by a governing body to oversee and direct the team.