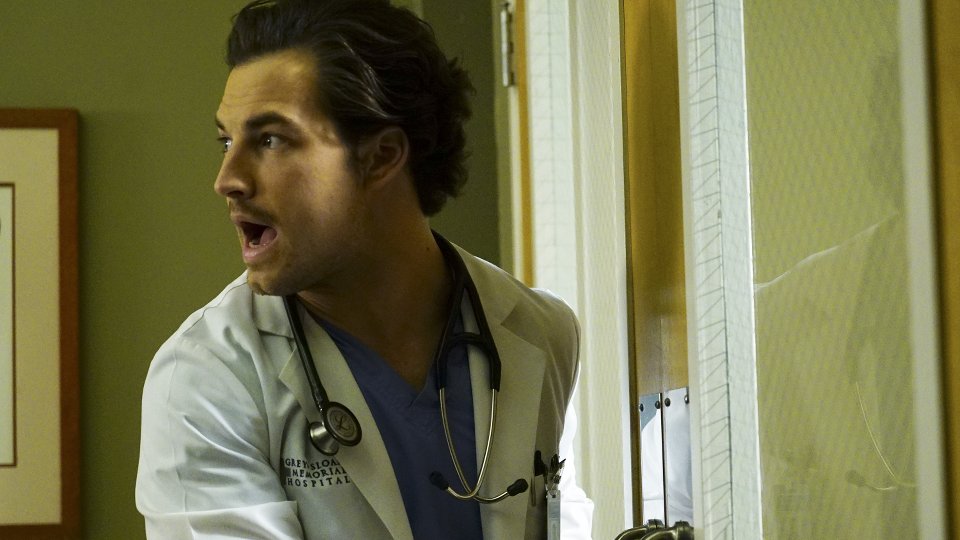 April (Sarah Drew) found herself battling on all fronts on the latest episode of Grey’s Anatomy.

Following her fallout with Arizona (Jessica Capshaw), April was forced to work with her when they were both assigned to the case of a pregnant 14-year-old. April wanted to tell the girl’s mother that she was pregnant but Arizona reminded her that she couldn’t without breaking patient confidentiality. Still she went ahead and did it any way.

While she was dealing with that case, April also overheard that Catherine (Debbie Allen) was pushing Jackson (Jesse Williams) to sue for custody so she filed a restraining order against him unaware that Jackson had decided to ignore his mother’s pleas.

Elsewhere in the episode Penny (Samantha Sloyan) was awarded the Preminger grant much to the upset of Steph (Jerrika Hinton) and Jo (Camilla Luddington), and Meredith (Ellen Pompeo) got caught in the middle of Owen (Kevin McKidd) and Riggs’ (Martin Henderson) latest argument.

The next episode of the season is There’s a Fine, Fine Line. A missing child alert locks down the hospital, and Ben makes a judgement call that may have massive repercussions for his career.