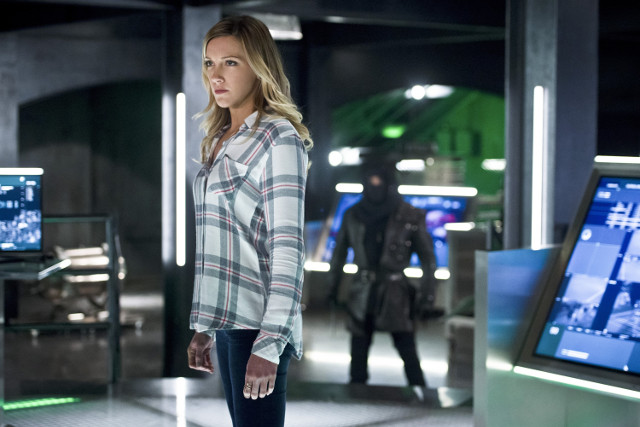 The bee enthusiast orchestrated her release from prison and travelled to Star City to get her hands on the chip that Felicity is using in order to walk. She revealed that she had a tumour that would leave her paralysed and that the chip was the only thing that could ensure she could still walk.

With Felicity now no longer part of Team Arrow, Oliver (Stephen Amell) let Curtis (Echo Kellum) in on his secret and made him a part of the team in order to stop Brie.

The next episode of the season is Eleven-Fifty-Nine. Oliver and Diggle must act when they learn that Malcolm Merlyn is going to try to break villain Damien Darhk out of prison.