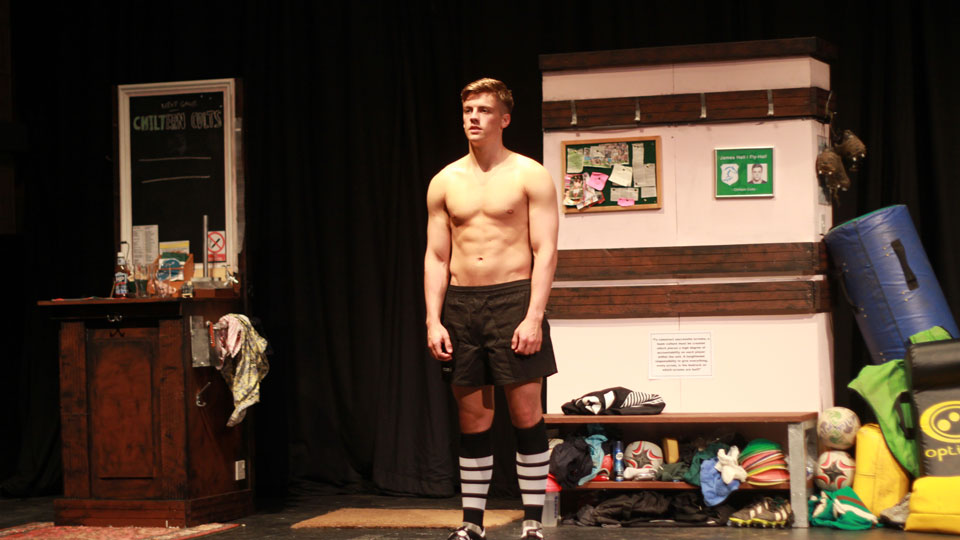 “His name is Jimmy Hall. He plays with odd shaped balls. So put your bums against the wall, here comes Jimmy Hall…”

Rugby player James Hall has the world at his feet. But when his biggest secret is revealed, his whole life begins to crumble around him, and James must decide if he has the courage not only to be true to himself, but also to be a role model for others. Odd Shaped Balls is a funny and poignant one man show that raises awareness of issues surrounding homosexuality in sport and ultimately asks the question: how would you feel if your sexuality prevented you from playing the sport you loved?

Deciding the right time to come out can be a tough decision for anyone, but for those in the limelight in can be even more daunting. The decision can be entangled with fears of homophobic abuse and negative reactions from their teammates. In a recent study of over 9500 participants, only 1% of lesbian, gay and bi-sexual respondents felt they were fully accepted within sporting culture. Director Andrew Twyman says: “Odd Shaped Balls doesn’t just confront homophobia in sport, it stands up and shouts, lays bare every nuance of locker-room culture.” With the overwhelming support rugby star’s Sam Stanley and Keegan Hirst received when they came out last year, as well as the release of the Scottish LGBT Sports Charter last May, now has never been a better time for Odd Shaped Balls.