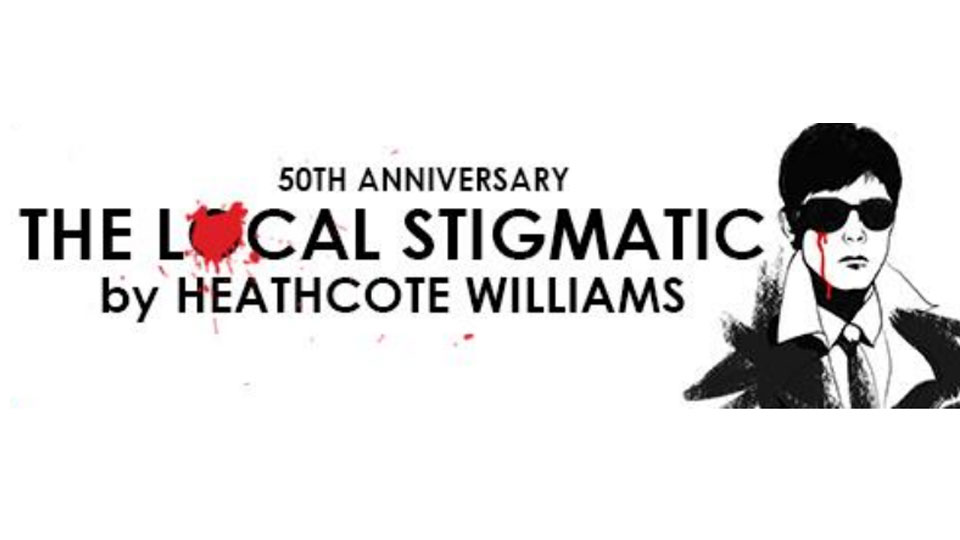 From Tuesday 3rd – Saturday 28th May, Heathcote Williams’s celebrated play The Local Stigmatic will be revived at the Old Red Lion.

The Local Stigmatic is a sinister, deeply disturbing study of psychosis, fame, obsession and envy. Darkly comical at times, it reveals society’s fascination with ‘celebrity’ and the resentment it can provoke. In our celebrity obsessed culture, The Local Stigmatic seems as relevant as ever as it foreshadows the ‘fan culture’ that is now omnipresent.

Powerful, highly provocative and profoundly shocking, The Local Stigmatic finally returns to the London stage to mark its 50th anniversary.

Graham and Ray are working class sociopaths who idly spend their days gambling on the dogs, debating, bickering and reading the newspaper gossip columns. A chance encounter with a somewhat famous actor reveals their true psychotic nature as the pair begin to play a cruel and manipulative game with this innocent man – stalking, harassing and goading him. Delighting in their new found source of entertainment, they progressively assert their power, determined to gain the upper hand over their intended prey.

Misfits – disturbed, damaged and broken by their social boundaries – Graham and Ray then choose to take their animosity towards this individual to the very brink, culminating in a truly horrific conclusion.

Director Michael Toumey comments, “I first became aware of The Local Stigmatic in 1999 whilst working as an actor. I was blown away, not only by the play’s unique dark narrative but also by its two main protagonists. These two powerfully written individuals have continued to lurk on the fringes of my mind for nearly 20 years. I’ve always thought that it is a superb, innovative piece of writing and something that I passionately wanted to direct. The Local Stigmatic speaks volumes about a society that still exists today. Certain factions on the one hand relishing in celebrity culture, whilst, on the other, often resenting what they themselves will never have – fame, status, and privilege. This message resonates through the vitriolic, biting voices of Graham and Ray. For me, the best writing doesn’t give you answers, but asks the most interesting questions and this play does precisely that.”