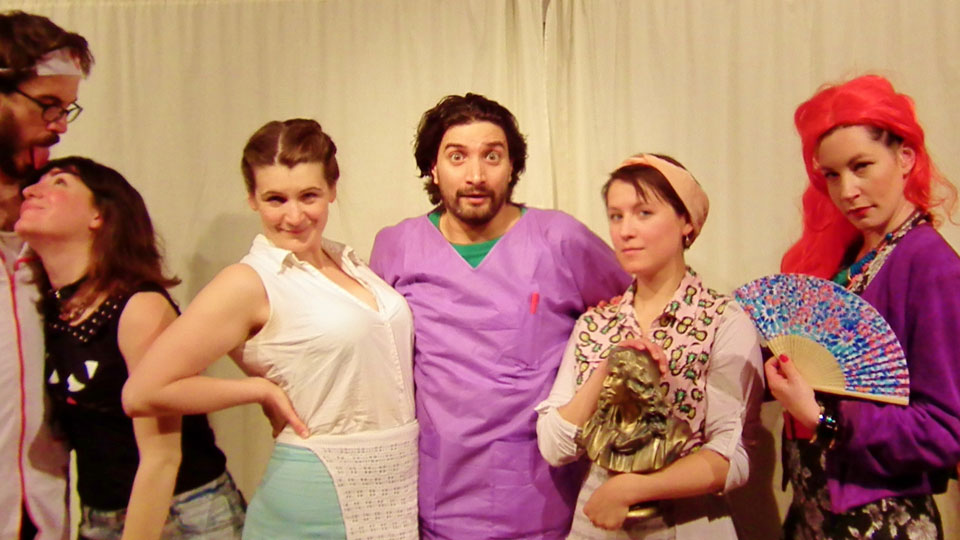 Moliere’s rarely-performed French farce The Doctor In Spite of Himself, playing in both English and French as part of the Bastille Festival 2016, will play at the Drayton Arms Theatre from June 21st – July 13th 2016.

In this classic Moliere affair, nothing is quite what it seems. Sganarelle is a drunk and beats his wife, who in return spreads the word that he is actually a brilliant doctor who can only work when he is beaten. Cue a stream of patients and beatings – and in spite of himself, it seems Sganarelle can perform miracles after all!

This farce marked Moliere’s return to the genre after a couple of years in the wilderness trying to take himself more seriously, and as such forms the basis for much of his later, more famous work.

Unjustly overlooked, The Doctor In Spite of Himself offers a protean look into Moliere’s trademark wit, and a rare treat for French theatre lovers.

Exchange Theatre is an international company established in 2006 in London in order to translate and produce unknown or rare French-speaking plays in English. Led by David Furlong and Fanny Dulin, the company translates plays from major French playwrights for the first time in London and off Broadway) before being resident at the French Institute from 2010 to 2012.

In this article:Drayton Arms Theatre, Moliere, The Doctor in Spite of Himself