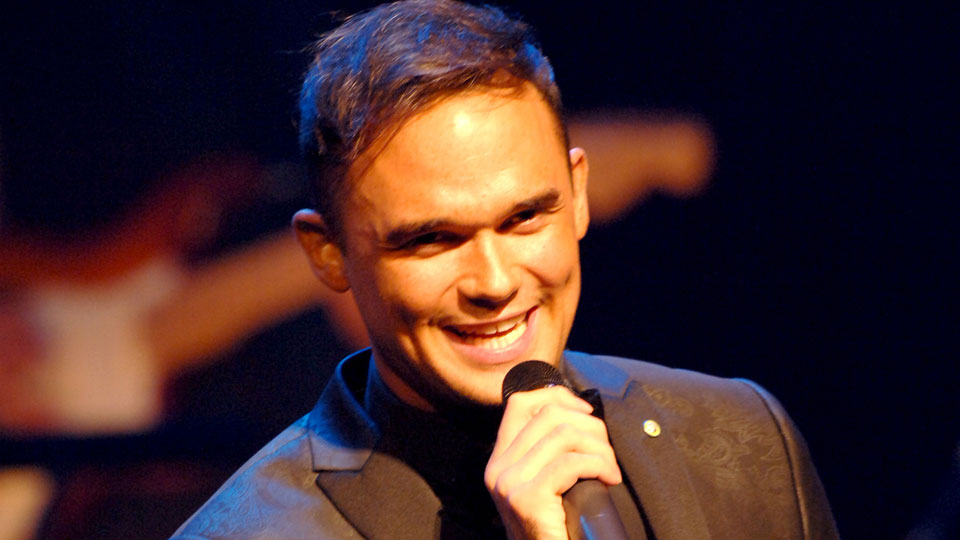 Taking you on a whistle-stop tour from the heart of London’s theatre land to the glitz of Broadway, the critically acclaimed Mad About The Musicals is back – celebrating the very best songs from the shows we all know and love!

With a host of your favourite numbers from the pen of Rodgers & Hammerstein, Kander & Ebb, Andrew Lloyd Webber and Boublil & Schonberg, the talented cast of Mad About The Musicals will evoke the true spirit of the stage, with brilliant vocals, incredible choreography, stunning costumes and a spectacular light show.

From All I Ask Of You to One Day More, sit back and enjoy two hours of unforgettable London and New York favourites, brought to you by a cast direct from the West End, including Gareth Gates and Michael Courtney.

Gates and Courtney head the cast of the 10th Anniversary Production, which kicked off at the Riverhead Theatre Louth last night.

Gates has appeared in Les Miserables, Legally Blonde and Joseph and the Amazing Technicolor Dreamcoat. He picked up rave reviews for his star performance in the UK tour of Footloose.

Michael Courtney has produced and directed the UK tours of the critically acclaimed Mad About The Musicals, Waterloo, Shakin All Over, Its D’Lovely, A Night Of Musicals, Love Changes Everything, more than 30 UK Pantomimes and was nominated as the UK Producer of The Year by Encore Magazine.

Advertisement. Scroll to continue reading.
In this article:Gareth Gates, Mad About The Musicals