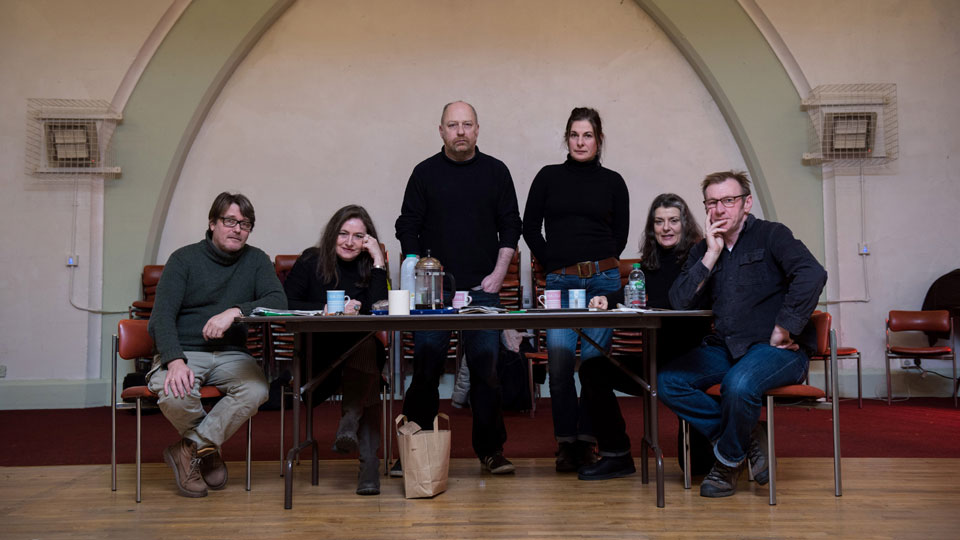 Sheffield based theatre company Forced Entertainment are to become the first ever UK based recipients of one of theatre’s most prestigious awards. The International Ibsen Award, honouring extraordinary contribution to art and culture, is only given every two years by the Norwegian government on Henrik Ibsen’s birthday. The prize is 2.5 million Norwegian Kroner, equivalent to around £200,000. The first ever group to win the prize, Forced Entertainment join a distinguished list of previous winners including Peter Handke, Heiner Goebbels, Jon Fosse, Ariane Mnouchkine and Peter Brook. The award ceremony will take place during the International Ibsen Festival at the National Theatre in Oslo in September where Forced Entertainment will showcase a selection of their ground-breaking work.

Simon Mellor, Executive Director, Arts and Culture, Arts Council England said: ‘The Ibsen Award is a fitting tribute to Forced Entertainment’s thirty-year history of producing startlingly original work and a recognition of their far-reaching and profound influence on the contemporary theatre and performance scene.’

Tim Etchells, Artistic Director, Forced Entertainment said: ‘On behalf of all six members of Forced Entertainment I am very happy to receive this prestigious award. The list of previous winners is formidable and we feel honoured to be alongside them. We have been making work together for over thirty years now, asking questions about what theatre is and the kinds of experiences it can create in order to speak into the times we are living through; we are particularly proud that our collaborative work has been celebrated in this way. We also feel that giving this award to Forced Entertainment recognises a whole area of contemporary practice away from the literary mainstream; an area of experiment and work across art forms that has consistently championed experimental approaches to performance, from group work to devising and improvisation.’

The boundary-breaking company has been making work since 1984 and is a key part of the contemporary European and UK theatre landscape, having shaped its development significantly over the last three decades. Their work is widely studied across UK and European university syllabuses as pioneering, trailblazing theatre.

The International Ibsen Award jury said: ‘Forced Entertainment have created their own performative space within the history of theatre. Here, theatrical conventions are played out, and they are torn apart. This influential theatre group is a group that recognises the theatre as a central voice within society, and which sincerely and with dedication uses theatre as an arena for public debate; an open, reflexive and poetic space with ethical and social value. They have developed a theatrical language that does not seek to represent the world beyond the theatre stage, but rather examines the reality of the theatre situation as being imaginary and speculative, as well as a real, physical space of experience – a language they have researched for thirty years. On this basis, and under the direction of Tim Etchells, the company has developed an entirely new relationship between production and audience, and between new narrative strategies and new theatrical forms. Forced Entertainment’s theatre is not illusory, but imaginative. It is not political in the sense of agitation, but offers the experience of an artistically mediated practice – the performances thereby anticipating the state of another world. Forced Entertainment’s work does not rest with a single form, style or tradition, but represents a seeking and revivifying force; a continual creative exploration of what the theatre is and can be, in a way that has changed theatre’s possibilities. An award to Forced Entertainment is therefore an award to the entire dynamic, challenging and collective process that is theatre, and to what theatre might be in the future.’

There are no conditions attached to the acceptance of the Ibsen Award, and anyone may nominate candidates. Nominations remain strictly confidential both prior to and after the winner of the award has been announced. The award ceremony and symposium take place in September during the International Ibsen Festival at the National Theatre in Oslo.

Advertisement. Scroll to continue reading.
In this article:Forced Entertainment