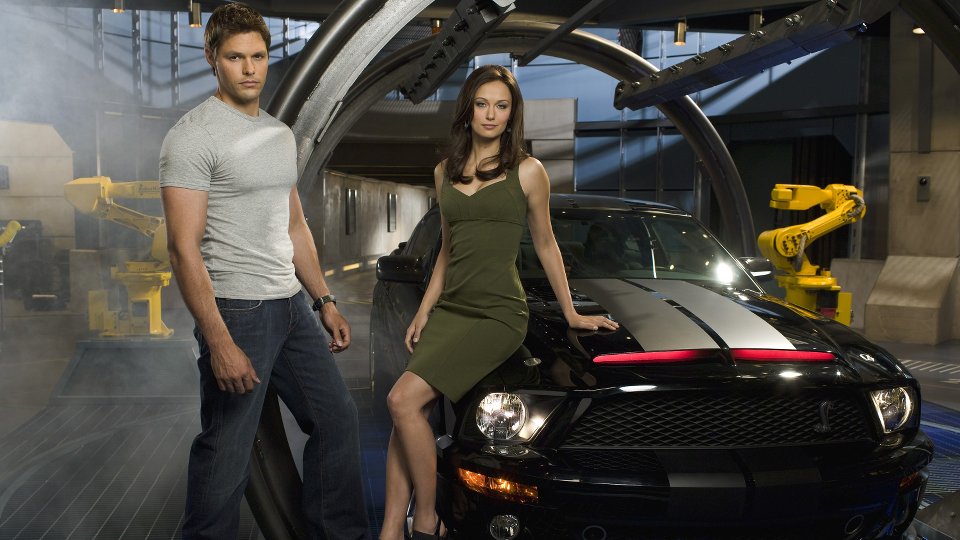 In 2008 NBC attempted to revive the Knight Rider series for a new generation. Starring Justin Bruening (Grey’s Anatomy) as Mike Traceur, the estranged son of Michael Knight (David Hasselhoff), the series saw the character become the next generation KITT (Knight Industries Three Thousand) driver. Designed by Dr. Charles Graiman (Bruce Davison), the KITT is equipped with artificial intelligence capable of hacking into any computer, has an impressive weapons system, and can transform into other vehicles. With Mike behind the wheel and the help of Graiman’s daughter Sarah (Deanna Russo), a new Knight Rider generation comes together to solve crimes.

Knight Rider’s revival only lasted for one season and had its episode count reduced to 17. After its initial 13-episode run, the series attempted to retool but the changes didn’t help the ratings and the show was eventually cancelled. In many ways Knight Rider was a victim of being interfered with. The show was actually an enjoyable ride and very entertaining. The removal of core characters in the latter half of the season harmed rather than improved the show, and fans were furious when NBC took their time announcing the show’s cancellation.

Over the course of the 17 episodes, Knight Rider found a nice balance between high-tech gadgetry and crime-solving. It found itself a fantastic lead in Justin Bruening and each week told an entertaining yarn. There was an over-riding arc, at least in the first half of the season, around Dr. Graiman and while the plots at times got a bit silly they always remained hugely entertaining. At times the show was thrilling in the stunts department and the ensemble cast did a great job at pulling together to deliver a fun show.

Extras on the release are surprisingly plentiful with the feature length pilot episode, several featurettes, a gag reel and an audio commentary.

Knight Rider should have been given some time to breathe before it was pulled by NBC. The network made a poor decision when they cancelled the show as it had a lot of promise. Looking back at it now, the network would kill for the ratings the show pulled in and in a world where DVR is factored in to a show’s performance, I’m sure Knight Rider would have performed even stronger. The 17 episodes here are at least a little consolation to those who stuck with the show.