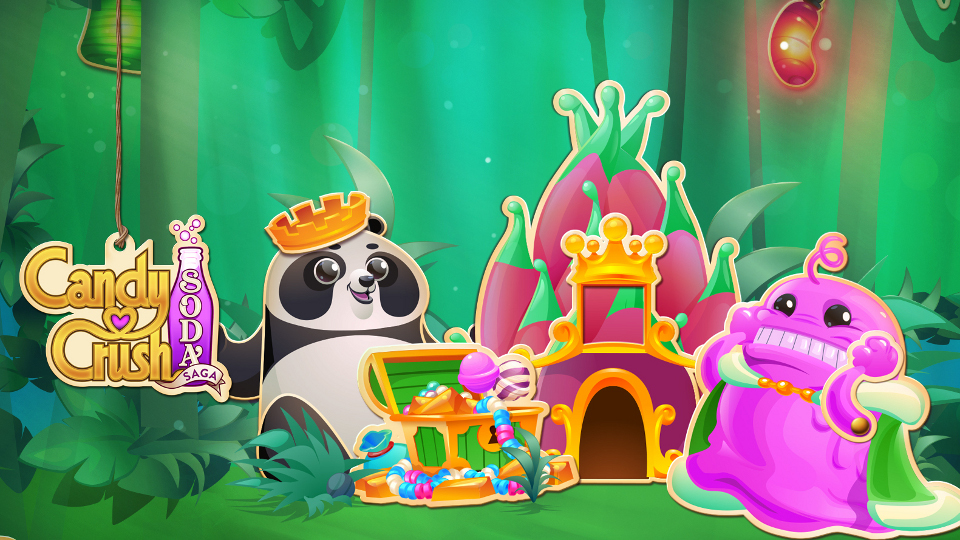 King has teamed up with with Apple and WWF to support Earth Day (April 22nd) this year. King are participating in the App Store’s App for Earth campaign, in collaboration with WWF, to raise awareness and help the planet.

In support of this effort, King will be launching a new live event in the hugely popular Candy Crush Soda Saga which will be available exclusively to players on iPhone, iPad and iPod touch.

The green themed Bamboo Hill live in-game events will run over two weekends – April 15th to 17th and April 21st to 24th – and will give players the opportunity to donate to the WWF through in-app purchases that feature the WWF logo. All proceeds will go to the WWF, and the levels for each event will be different so that players won’t play the same one twice.

On King’s participation on Apps for Earth, Sebastian Knutsson, Chief Creative Officer at King, said: “We’re proud to join forces with The App Store and WWF on Earth Day to protect life on our planet and raise funds and awareness through one of our most popular mobile games, Candy Crush Soda Saga.

We’re pleased to give our players the opportunity to take action through our green themed Bamboo Hill live in-game events, which can be played each weekend for the duration of the Apps for Earth campaign. Proceeds from in-app purchases featuring the WWF logo will help conserve the world’s nature and wildlife.”

To get involved iOS users can download the free Candy Crush Soda Saga game from the App Store.