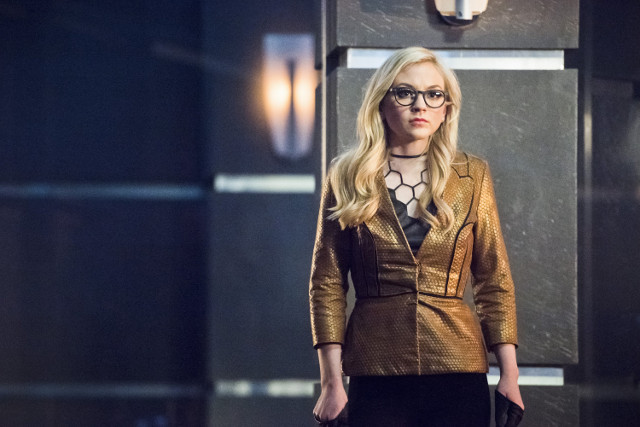 The team discovered that Cupid was seeking out recently married couples to kill. In order to draw her out Oliver (Stephen Amell) and Felicity (Emily Bett Rickards) staged a fake wedding setting themselves up as targets. Their plan worked and they managed to apprehend her.

Elsewhere Laurel (Katie Cassidy) fought Damien Darhk (Neal McDonough) in court and used her father Lance (Paul Blackthorne) as her witness against him causing him to be suspended. Darhk was kept in custody and his bail was denied.

The next episode of the season is Beacon of Hope. The Bug-Eyed Bandit Brie Larvan (Emily Kinney) sets her sights on Felicity when she breaks out of prison. With his fiancée in danger, Oliver turns to a surprising ally.