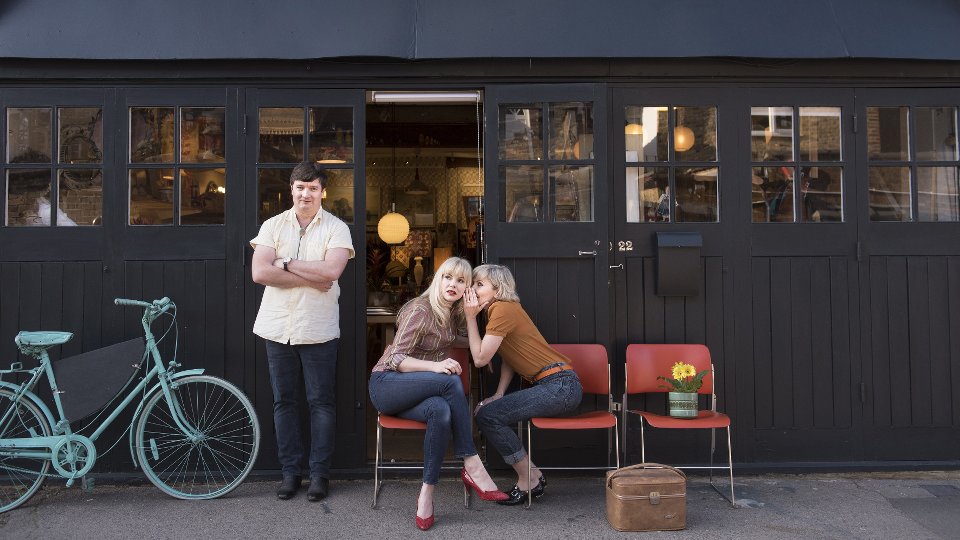 Red Sky July has quite the musical pedigree. The band consists of former Texas band member Ally Mcerlaine, former Alisha’s Attic star Shelly Poole and US vocalist Charity Hair formerly of The Alice Band. The band released their debut album in October 2011 and since then they have built their reputation through touring. Their second album Shadowbirds arrived in 2014 and now two years later the band’s third album The Truth and the Lie has just arrived, hot-on-the-heels of their much-buzzed about appearance at C2C: Country to Country.

The Truth and the Lie features 10 brand new tracks with Red Sky July continuing to forge their own path in the alt Country and Americana genres. The album opens with the incredibly catchy Jet Trails, one of the most radio-friendly songs on the record. The song firmly reintroduces (or introduces you as may be the case) to Red Sky July’s winning formula of tight harmonies and infectious melodies. At the core of the group is the way that Poole and Hair combine their voices. Poole has the higher register that harmonises beautifully with the deeper tone of Hair.

Over the course of the album Red Sky July manages to cover a lot of ground musically. This isn’t an album where each track is indistinguishable from the next. Every single song deserves its inclusion on the record and shows a different side of the band. Title track The Truth and the Lie has a dirty Country groove that is almost bluesy, In Black strips most of the instrumentation for a traditional Country throwback that focuses on the vocals, and Long Time Dead is one of those songs that makes you get goose pimples it’s so close to perfection.

Beth Nielsen Chapman features on the folky Strathconon adding another beautiful vocal harmony to the group’s already impressive harmonies. The highlight on the record is the hand-clap driven Taking Myself Back. I dare you to listen to this song and not be tapping your feet or clapping along.

Red Sky July deliver a consistent album that is full of variety and charm with The Truth and the Lie. With Country currently enjoying a bit of a surge in popularity here in the UK, the band may find that this is their most successful record to date. It features tight instrumentation, even tighter harmonies, and songs so catchy that you’ll be singing them in no time. If you haven’t jumped on the Red Sky July bandwagon yet then what are you waiting for? There’s no time like the present.

In this article:Red Sky July