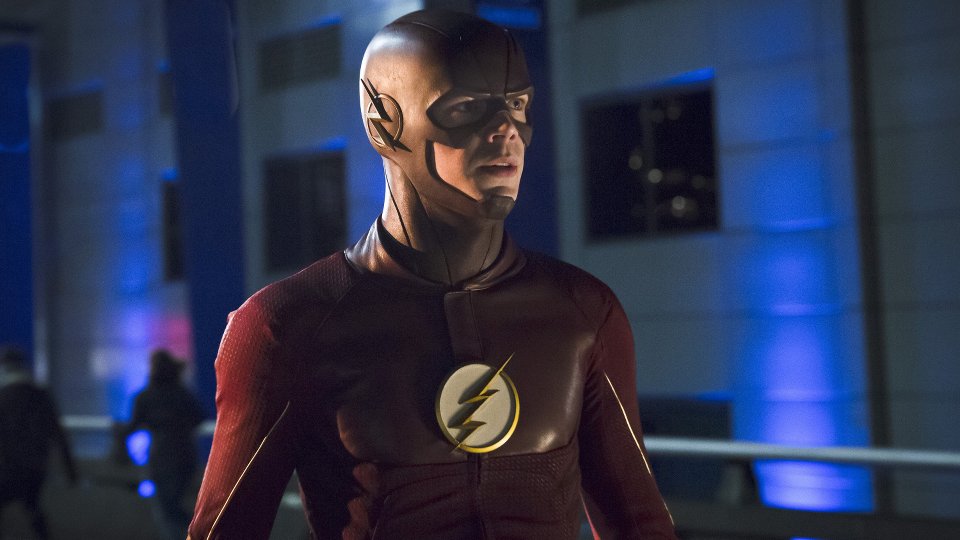 Diggle (David Ramsey) and Lyla (Audrey Marie Anderson) arrived in Central City to get the help of S.T.A.R. Labs on the latest episode of The Flash.

King Shark escaped from A.R.G.U.S. custody and was hell-bent on killing The Flash (Grant Gustin). Diggle and Lyla asked Barry for help to track the humanoid shark-monster and stop him for good. King Shark turned up at Joe’s (Jesse L. Martin) house and attempted to attack Barry.

Eventually the team tricked King Shark into a trap and Barry created an electrified underwater cyclone that allowed A.R.G.U.S. to capture him again.

Elsewhere in the episode Barry vowed to go back to Earth-2 to stop Zoom, and Zoom took off his mask revealing that it was Jay (Teddy Sears) underneath it.

The next episode of the season is Trajectory. Barry runs into a fellow speedster who is up to no good. Meanwhile, sparks begin to fly between Iris and her new boss.