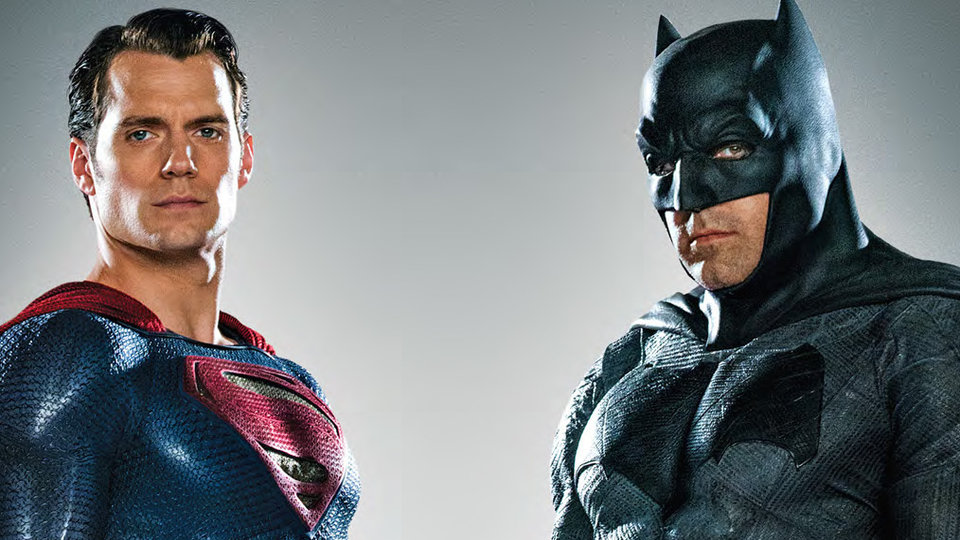 This article Contains Batman v Superman spoilers so don’t read any further if you haven’t seen the movie yet.

Well that didn’t go to plan now did it? $250 million on a film that was supposed to set up a multiple film franchise, and it was almost universally hated. Critics tore it to shreds, audiences wondered what the hell was going on. This was not a good example of franchise filmmaking.

But then again, neither was Man of Steel, the ground zero film for the Warner Bros/DC Extended Universe. It certainly got off to an interesting start, with the Kryptonian introduction – a visual feast of ideas and imagination. But then the next hour was a muddled and gloomy trudge through extremely well worn material. And of course it all culminated in a dull, CGI crap-fest.

It might not have been a perfect film, but there was enough to build on. A more well thought out sequel to Man of Steel could have been the perfect set up to a wider cinematic universe. But what did they do instead? They throw pretty much everything they’ve got at the screen and hope for the best. We don’t just get Superman, we get Batman – as the villain no less. But that wasn’t enough villainy, so they throw Lex Luthor into the mix. Oh, and that wasn’t enough either, so they give us Doomsday as well. They give us Wonder Woman, the Justice League and Parademons. They give us sub-plots about Senators and sub-committees and disgruntled Wayne Enterprises employees. They give us dream sequences and prophetic visions, and more ponderous pretentious dialogue than you can shake your head at in disappointment.

Batman v Superman: Dawn of Justice is a monstrously bloated, confused mess of a film. Still, it made a fortune in the opening week. But word of mouth is beginning to spread, and the reports are already coming in of a box office drop somewhere between 68% to 81%. They are not promising numbers.

However, all is not lost. There is still a voracious appetite for films about these characters. They just need to make a few changes here and there. Unfortunately it’s too late for Suicide Squad – that one is already in the can, but they can still turn things around for the remaining DC slate.

How? I’m glad you asked – here are 5 ways we think the DC Extended Universe can still be saved.

Fans of DC comics and graphic novels have long wanted the characters they love to be taken seriously on screen. In the past they have been treated – in some cases – with a certain degree of camp, and in other cases with complete and utter disdain. The Bat Credit Card anyone?

But be careful what you wish for. Christopher Nolan took his Dark Knight Trilogy to the absolute limit of real world seriousness. It was grounded, realistic and gritty. But he skilfully kept all three films on the right side of bleak. Now Zack Snyder has taken the Nolan formula and swamped it with murky visuals and po-faced characters. Don’t get me wrong, I understand why Batman/Bruce Wayne is such a misery, but why Superman? Isn’t he supposed to be a beacon of hope for humanity? He makes me want to slit my wrists. The same goes for Lois Lane, Perry White, and the Kents. Why so serious?

Now I’m not suggesting that DC suddenly start filling the scripts with jokes and gags, and make the dialogue all Whedon-esque and quippy. Far from it in fact. It’s the tone of the films that need to change. Not every line of dialogue has to be philosophical or theological. The weather doesn’t need to be raining or overcast all the time. The film stock doesn’t need to have more grain than a Kansas silo. The characters can sometimes even laugh or smile. Imagine that! And that doesn’t mean the material isn’t being taken seriously, it just won’t make the whole thing so relentlessly dreary.

Never underestimate the power of a good marketing campaign. Look no further than the recent 10 Cloverfield Lane for a prime example. The trailer – which arrived without any fanfare or expectation – told us nothing about the film, whilst simultaneously telling us everything we needed to know to make us go and see it. Likewise, Star Wars Episode VII: The Force Awakens. There were no third act reveals or plot indicators in any of the trailers. They just made you desperately want to go and see the film.

So….hands up anyone who went to see Batman v Superman and didn’t know the entire plot already. Hands up if you didn’t know Wonder Woman was going to be appear. Hands up if you didn’t know that Batman and Superman were eventually going to team up and fight CGI super-baddie Doomsday. I’m not seeing any hands. And why is that….oh yes….everything was in the bloody trailers. You’ve got to hold something back. It’s a simple concept, but one that the marketing bods at Warner Bros. completely failed to grasp.

3. Stick fan service at the end of the credits

Oh here he comes, Mr. Marvel-Bias Esq, saying that DC has to do what Marvel does to succeed. That’s not what I’m saying – but let’s face it – it’s a tried and tested formula. Audiences are now hard-wired into thinking there will be a mid or post credit sting in every superhero movie. Batman v Superman chose not to do this.

Why? Because, as previously noted, they stuffed everything they had into the film. Not only did their decision to tease things like the Justice League and future mega villain Darkseid grind the narrative to a halt, but also left many casual viewers scratching their heads and asking “what the hell is going on?” Confusing your audience…not a great tactic.

These moments of fan service are terrific, but they are solely for the fans. That’s why it is called fan service. They add nothing to the momentum of the film, other than being a tasty easter egg for the hardcore fanbase to nibble on.

Imagine if Nick Fury had turned up halfway through Iron Man and started yammering on about the Avengers, Asgard, Infinity Stones and Thanos. It would have been a disaster. It just doesn’t work. The majority of a movie’s audience are not au fait with comic book mythology. So just tell the story, and keep fan service where it belongs – in the credits.

This film cost a reported $250 million dollars. I keep coming back to this whenever I talk about the film, because I still find it hard to believe that so much money was spent on this film, and no one at any point looked at any of the things I just listed and went “Ahem…excuse me…but I have some notes.”

Where were the executive producers? Where were the studio bean counters? Where was Christopher fucking Nolan? I cannot believe that after Man of Steel, warner Bros just went, here you go Zack, here’s $250m, go and do whatever the heck you want.

If this franchise is going to survive, a little quality control is required. Someone, other than Zack Snyder, needs to assume the mantle of DCEU Commander-in-Chief.

Which brings us neatly to Zack Snyder. This man is a very good filmmaker. I’m just not convinced he is a good director. As a creator of extraordinary visuals, he is one of the best in the business. But as a storyteller, he falls woefully short.

He did surprisingly excellent work on the Dawn of the Dead remake, a film that absolutely no one wanted to see, especially the fans of the original. But in updating the source material he delivered a very entertaining film – something that is rarely said about modern horror remakes.

I am also a huge fan of Watchmen. His adaptation of the world’s most famous and revered graphic novel is a visual feast. Yes it lacks some of the socio-political bite of the book, but he did what a lot of people said was impossible. He put Watchmen on the big screen and was almost completely faithful to the source. Whether or not you like the finished product, you cannot deny it is a mighty achievement.

It seems fitting that his greatest achievement as a filmmaker is Watchmen, a film that deconstructs the mythos of the superhero, because when it comes to portraying a real superhero on screen, he hasn’t got a clue. His grimy, angst-filled, over-stylised and civilian killing portrayal of Superman is wrong on so many levels. As others have noted, it appears that he hates the character.

Snyder also appears to have forgotten the basic tenets of visual storytelling. Whether it was the pressure of managing so many plot threads, as well as setting up future films, or whether he actually thought anti-narrative cinema was the way to go with a major studio movie, the end result was the same: a complete failure.

He has clearly done an enormous amount of work to set up this franchise, but DC can’t afford to hide behind a cloak of loyalty. Snyder has proven with both Man of Steel and BvS that he does not have a feel for these characters and this world. Replace him now, before it’s too late. Eat humble pie. Pick up the phone. Call George Miller.

Batman V Superman: Dawn of Justice is in cinemas now.