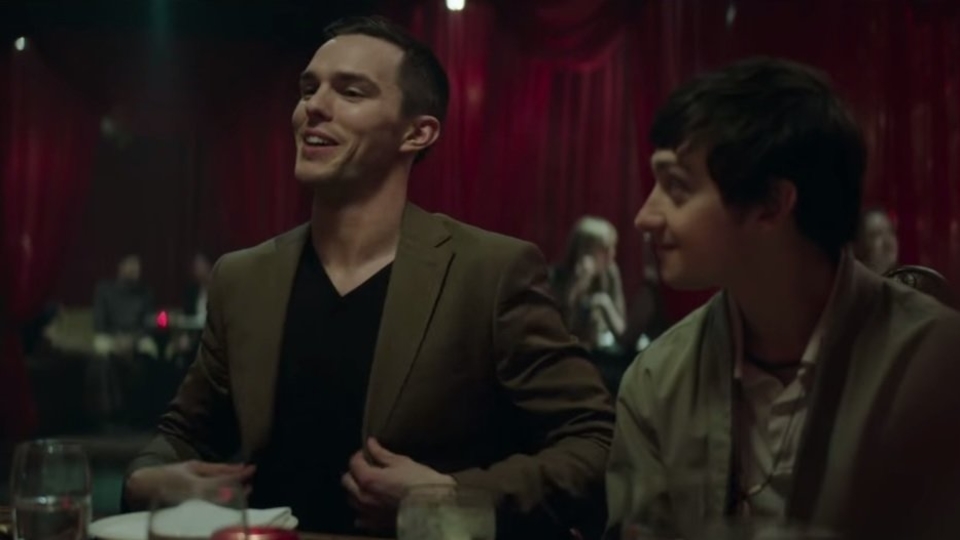 Kill Your Friends is out now on Blu-ray, DVD and Digital HD. To celebrate, we have an exclusive behind the scenes clip from Craig Roberts, who discusses the film.

Balanced against the backdrop of a cocksure 1997 London, Kill Your Friends is the music industry depicted with razor sharp accuracy.

A&R man Steven Stelfox (Nicholas Hoult) is the ultimate anti-hero: a man hell bent on success at any price in an industry that takes the highest form of art and reduces it to a Top 10 chart.

Stelfox  is slashing and burning his way through the music business, a world where ‘no one knows anything’ and where careers are made and broken by chance and the fickle tastes of the general public. Fuelled by greed, ambition and inhuman quantities of drugs, Stelfox lives the dream, as he searches for his next hit record. But as the hits dry up and the industry begins to change, Stelfox takes the concept of “killer tunes” to a murderous new level in a desperate attempt to salvage his career

Based on cult author John Niven’s best-selling novel, this dark, satirical and hysterically funny evisceration of the Nineties music business is not to be missed.