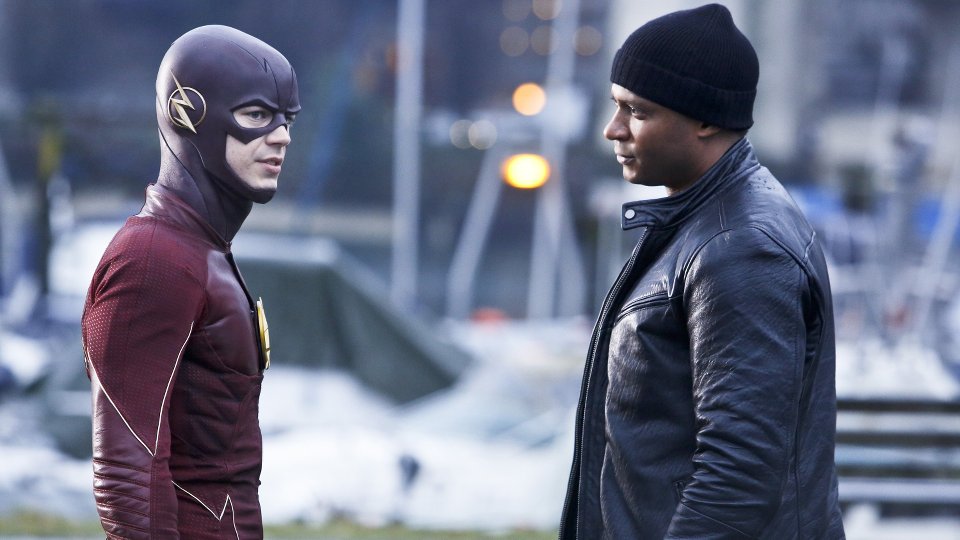 Jay (Teddy Sears) was killed by Zoom on the latest episode of The Flash and puled through the breach to Earth-2.

Prior to that moment Barry (Grant Gustin), Wells (Tom Cavanagh) and Cisco (Carlos Valdes) had to fight to get back to Earth-1 after Barry was captured by Zoom. Enlisting the help of Killer Frost (Danielle Panabaker), the team managed to rescue Barry and Wells’ daughter Jesse (Violett Beane). As they escaped they had to leave behind a prisoner whose face and identity was never revealed.

Meanwhile Caitlin created a Velocity 9 compound to temporarily give Jay his speed back and defeat a metahuman. She also discovered that the serum was starting to cure Jay’s illness.

The next episode of the season is King Shark. As the team struggles to deal with the consequences of their Earth-2 rescue mission, Arrow’s Diggle (David Ramsey) and Lila (Audrey Marie Anderson) show up with a dire warning.