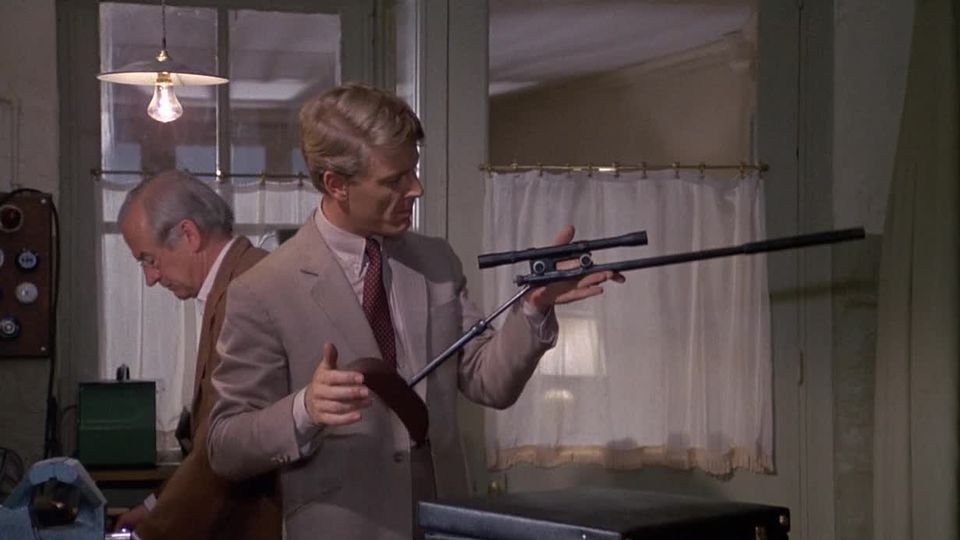 Set against the backdrop of political turmoil in France during the early 1960s, The Day of the Jackal is an astonishing film. Produced with an almost documentary-like attention to detail, this magnificent account of a plot to assassinate Charles de Gaulle is the benchmark against which all other political thrillers are measured.

In the aftermath of the French government granting independence to Algeria, the paramilitary organisation – the OAS – have declared war on de Gaulle for what they view as a betrayal of the French people. After an unsuccessful attempt on the President’s life, the OAS leaders decide to hire a contract killer to do the job instead. The man they hire is “the Jackal”.

Played by Edward Fox, the Jackal is a lithe, cool and sophisticated British assassin. Although as he later masquerades as a Frenchman and a Dane, we are left to wonder if he is pretending to be British too. He is a ghost, assuming the roles required to get the job done.

Director Fred Zinnemann wants us to see every aspect of this job, not just the glory moments in the crosshairs, but also the meticulous and exhausting preparation. The robberies committed by the OAS so they can afford to hire the Jackal. The theft and creation of multiple identities. Paying a gunsmith to create the perfect, untraceable weapon. Building up disguises and forging documents. It is fascinating and completely enthralling.

Whilst all this is going on, the French police and security services are left bemused as to why the top OAS brass have decamped to Rome and gone into hiding. One street abduction and enhanced interrogation later, and they have a word around which they can build an investigation – JACKAL.

As equally meticulous as the preparations to kill de Gaulle, the investigation led by deputy Commissioner Claude Lebel (Michael Lonsdale) is a procedural conducted with clockwork precision. Every piece matters. How do you find one man in a world without 24-hour surveillance and GPS? The old fashioned way. As one character puts it, this “is a job of pure detective work.”

The film, like it’s protagonists, Lebel and the Jackal, is methodical and calculated. It is in no rush to achieve it’s goals, slow-burning and building tension as it goes. No corners are cut, no plot elements are ignored, and no dialogue is wasted. There is no extraneous fat on this film. It is the leanest 145 minute film you will ever see. Written, directed and edited with such surety, The Day of the Jackal is a masterpiece. There have been a lot of films made about assassins. None better than this.

Advertisement. Scroll to continue reading.
In this article:Fabulous Films, The Day of the Jackal