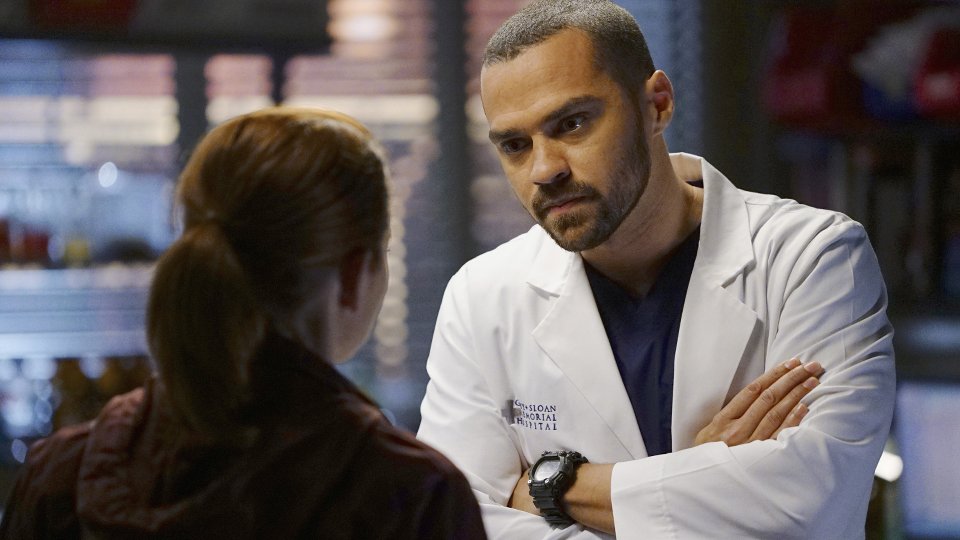 Meredith (Ellen Pompeo) found herself in the middle of a few conflicts on the latest episode of Grey’s Anatomy.

Firstly she was confronted by Wilson (Camilla Luddington) who accused her of always getting in the middle of her relationship with Alex (Justin Chambers). Meredith denied it but eventually admitted that she was looking out for her friend after all of the trouble he’s been through.

Then she found Will (Scott Elrod) waiting for her outside the hospital after she’d been ignoring his messages and calls. He asked her out but what will she say?

Elsewhere in the episode Richard (James Pickens Jr) shook things up by changing the attending and resident pairings. That put Penny (Samantha Sloyan) with Amelia (Caterina Scorsone) and it took Riggs (Martin Henderson) to step in to make Amelia see that Penny was a gifted budding neurosurgeon. Meanwhile Arizona (Jessica Capshaw) took it upon herself to tell Jackson (Jesse Williams) that April (Sarah Drew) was pregnant.

The next episode of the season is I Am Not Waiting Anymore. Meredith considers dating again. Meanwhile, Jackson finds out about April being pregnant.