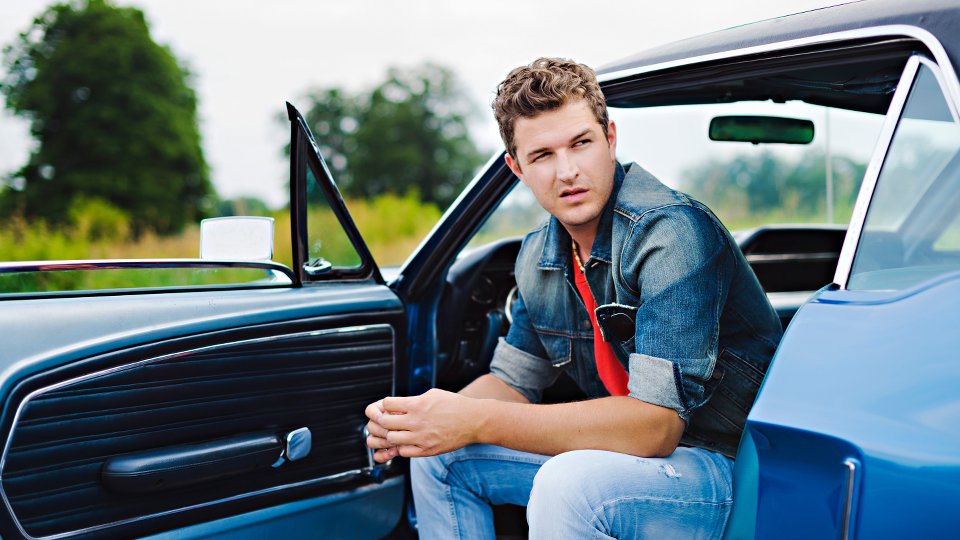 Rising singer-songwriter Scotty James is building the foundations for what is shaping up to be a very successful career in Country music.

The Canadian performer created a huge online buzz with the release of his music video for single Toes. Since then his fanbase has quickly grown outside of Canada with the singer adding fans from around the globe.

Recently he released the audio for his new single Still and the buzz around him is getting even louder.

I caught up with Scotty to talk about Still, discuss his rapidly increasing popularity, and to find out what to expect from his upcoming debut album Streets.

Hi Scotty. How are you today and where does this Q&A find you?

I’m fantastic! I am sitting in a little coffee pub in my home town of Waterloo, Canada.

You released your new single Still recently. What’s the story behind that track?

The music video for the single will be coming soon. What’s the concept for it?

The concept is really cool. We just shot the video this past week and plan to release it in April during a live Facebook streaming session. Without giving it away, there’s a twist at the end that will pull on every fan’s heartstring. It’s about a couple that parted ways and because of their intense love for one another, they can’t let go of their memories yet. They find a way to relive those moments together. It’s captures the feeling of not wanting to let go and being “still” stuck in the moment. We’re really excited about this one!

Your last single Toes picked up a lot of buzz online. How do you feel about the reaction to the track?

I feel extremely fortunate to have so many people from around the world connecting with my music. Before Toes, most of my fans were from Canada. Now I’m getting fans from the UK and United States telling me how much they love my music. That’s a huge compliment because you really put everything into the writing, production and release of these songs so it’s just a great feeling to have all this positive feedback and validation from fans.

Your debut album is called Streets. When will it be released and what can we expect from it?

The album Streets, appropriately named after spending years serenading people at their front doors to support my music. Before my record deal, I spent many lonely and frustrating days in different cities walking up and down streets knocking on people’s front doors. Having this alone time, allowed me to reflect and reminisce about my life and relationships. The album will capture those stories about love, loneliness, and heartbreak using genuine lyrics and beautiful country instrumentation like fiddle, dobro, and mandolin. It will be an emotional album, one that fans will relate too, both rich in melody and mixed in tempo.

How would you describe the Scotty James sound to someone that hasn’t heard your music yet?

I have a distinctive country pop sound that blends my smooth vocal tone with traditional country instrumentation and mainstream country sound. My songs are heartfelt, romantic, and exhume youthful happiness. If you’re a fan of Brett Eldredge, Dan+Shay, Keith Urban and like the vocal textures of John Mayer, then head on over to my fanpage and press like lol

Give us an insight into your creative process. How do you go about putting a song together in the studio?

In the studio it’s a collaborative effort between myself, my producer Jason Barry, and the musicians. We record the bed tracks with the full band live off the floor so it gives everyone a chance to really vibe out together and come up with great ideas. Then on a different day we do overdubs, which is anything else that may need to be removed or added to the song for additional colour or dynamic. For example programming loops, adding banjo, mandolin, guitar solos etc. Then we go onto record the final vocals, then edit, mix, and master. Pretty cool to think this whole recording process stemmed from an idea or inspiration that sparked a song.

Which artists would you like to collaborate with in the future and why?

I would love to collaborate with Miranda Lambert. Her song House That Built Me was the first one that I heard from her and really connected with. But it’s not only that song, I feel like most of her songs have such depth and storytelling that really resonate with people. It would also be cool to take the stage with Keith Urban and experience what 20,000 screaming fans sound like.

Country music is really experiencing a surge in popularity here in the UK. Do you have any plans to bring your music over here?

That makes me really happy to hear because I have a lot of family in the UK and my late-father was born in Scotland. That would be my dream to play in the UK, especially at the Country to Country Festival. Tell a friend, share my music, let’s make it happen!

I’ll be starting to play a lot more shows and continue radio promotion here in Canada to promote Still and my upcoming album. Our goal is to expand internationally and leverage our growing fanbase to reach new fans and markets. There’s no boundaries with music. I love songwriting. I’ll be going down to Nashville couple more times to write for the second album and other artists. Like they say in the industry, my goal is to get my first cut!

Scotty’s new single Still is available to download and stream now. Listen to the song below:

Advertisement. Scroll to continue reading.
In this article:Scotty James