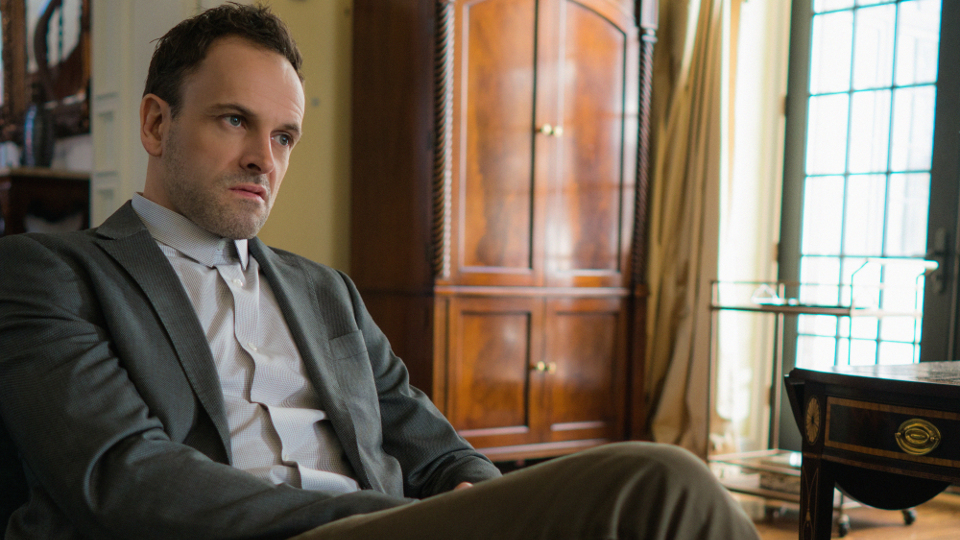 In the latest episode of Elementary, Watson (Lucy Liu) stumbled across Captain Gregson and his new girlfriend while going to get some food.

Gregson was a bit cagey with Watson and introduced her to his girlfriend as a surgeon he knew, instead of one of his consultants. Apparently his girlfriend was a disgraced ex-cop who didn’t want the Police department finding out about their relationship. After the encounter she broke up with Gregson.

Gregson told Watson and after some digging Watson tracked her down and vouched for Gregson and told her she wouldn’t say anything. Watson suspected her of hiding something and suggested she told Gregson what it was. Later she confessed to having been diagnosed with MS and didn’t want to put Gregson through looking after her. He wasn’t bothered and wanted to continue the relationship.

Holmes (Jonny Lee Miller) was involved in an investigation into the apparent suicide of an elderly woman. She died after falling from a building and also killed a pedestrian when she landed. She left her estate to her shitzu.

Upon viewing the woman’s apartment, Holmes concluded that she could not had killed herself and must have been helped or pushed. The clues led him to discover that her apartment building was blocking the construction of a new skyscraper and the developer had wanted to buy her air rights.

Eventually he worked out that the proposed skyscraper had design flaws which would have prevented it from being built. The architect had murdered the old lady to force his building to be built on a smaller scale without making him look bad.

The next episode of season four is Hounded. At the urging of Morland’s wealthy associate, Henry Baskerville (Tom Everett Scott), Holmes and Watson look into the death of his brother and discover that a witness saw the man chased to his death by a large, glowing animal too fantastic to be real. Sherlock considers intervening when the trauma from the bombing at the morgue negatively impacts ME Hawes’ work.

Tune into Sky Living at 10pm on Thursday to watch the episode. Preview episode 16 with our gallery below: