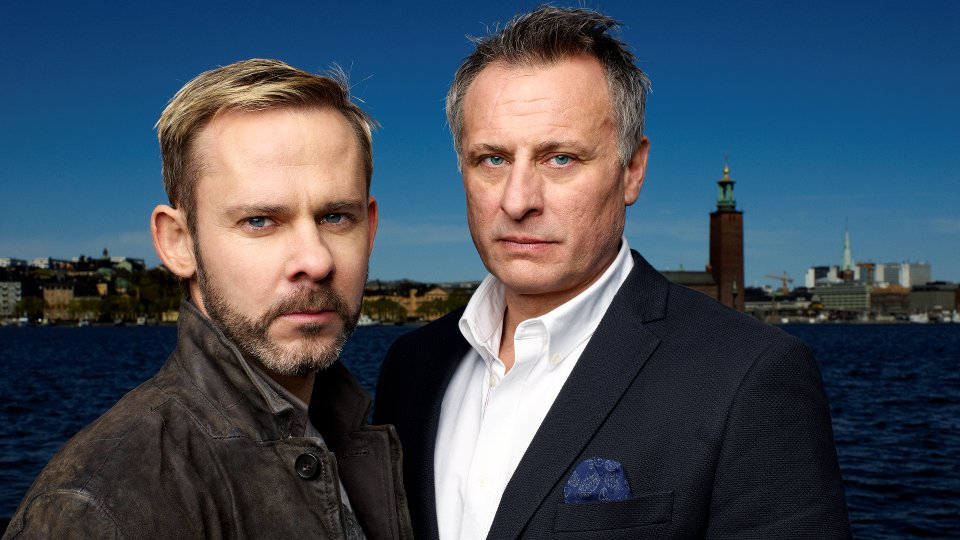 New York. Stockholm. Over the course of the last 12 months, young, blonde and blue-eyed women have been turning up dead in a field of asphodel flowers. Through a special dispensation from the NYPD, Detective Tommy Conley (Dominic Monaghan) is given permission to observe and advise the Stockholm PD. Upon his arrival in Sweden, he is paired with Mikael Eklund (Michael Nyqvist), a by-the-book, Swedish cop with an aversion to American grab-and-go culture. Despite their obvious personality clash, as the killings continue they are forced to straighten out their differences in the thrilling hunt to find the murderer.

A complex network of ruthless murderers is revealed as the investigation unfolds, and Conley and Eklund come closer to discovering who is pulling the strings behind the killings. Ambitious in its scale, 100 Code results in a truly intelligent and exciting watch filled with suspense.

Watch a blooper clip from the show below:

To celebrate the release of 100 Code we’ve got 5 copies of the DVD to give away. All you need to do to be in with a chance is answer the following question.

In this article:100 Code