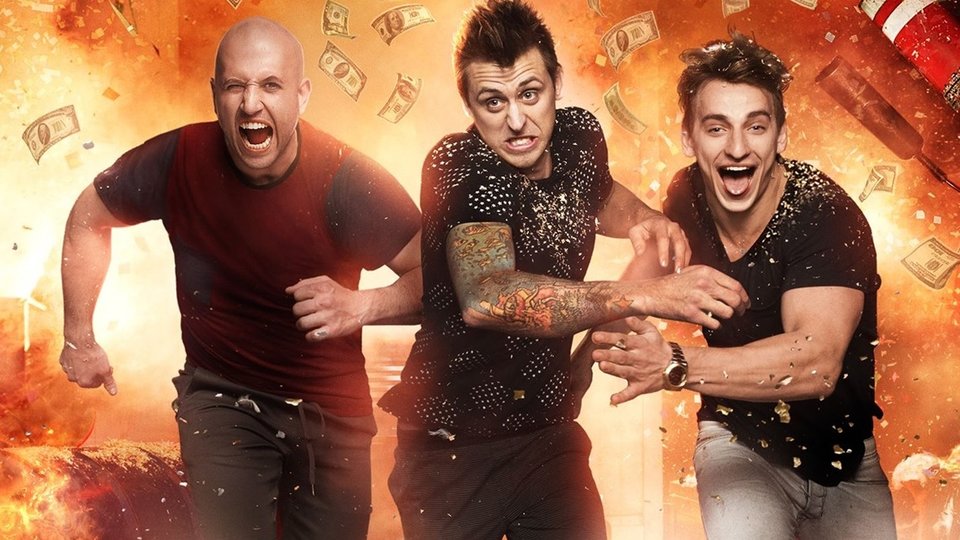 Featuring all-new, never-before-seen pranks and badass stunts, Natural Born Pranksters will be released day-and-date in cinemas, on DVD and Digital Download with the UK screening in cinemas for one day only to coincide with April Fool’s Day – the ultimate day of pranks.

Directed by Atwood and Ben Pluimer, and starring YouTube’s top pranksters Roman Atwood, Dennis Roady, and Vitaly Zdorovetskiy (aka VitalyzdTV), watch this trio take to the big screen and do what they do best, by taking fearlessness and unbelievable social experiments to the next level.

Roman, Dennis and Vitaly have collectively amassed over 28 million subscribers and over three billion views through their range of filmed pranks. Pranks have generated over 13 billion views worldwide on the YouTube platform alone, with the Natural Born Pranksters leading the charge.

VitalyzdTV is currently the #1 YouTube prank channel with almost 9 million subscribers, and ‘Roman Atwood Vlogs’ has over 100 million monthly views. Vitaly and Atwood are behind some of the most viral pranks in history — Vitaly’s “Gold Digger”(45 million views), and Atwood’s “Anniversary Prank Backfires” (75 million views) and “Plastic Ball Prank” (63 million views).

This film is jam-packed with cameos from some of YouTube’s biggest stars — including Jenna Marbles, Furious Pete, Jukka Hilden, KC James, Kevin Brueck, Tom Mabe, and Peter Vass — with appearances from Radio DJ Big Boy and Dave England as well.
The Natural Born Pranksters will also appear in a live screening tour to take place in select cities in the USA leading up to the film’s release. More information can be found at www.naturalbornpranksters.com