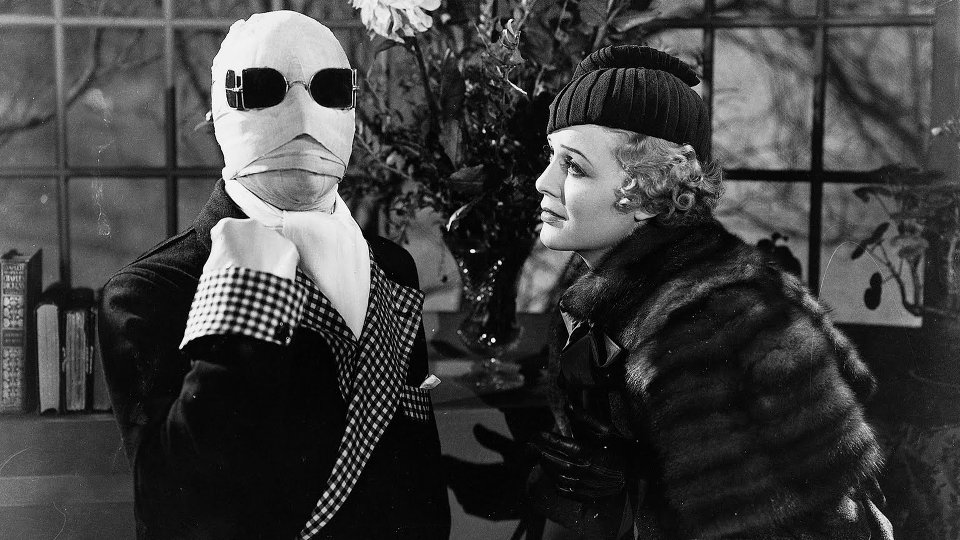 It’s surprising to see this get another release on DVD, when an absolutely pristine version already exists on Blu-ray as part of the wonderful Universal Monsters box set. One would imagine that anyone with even a passing interest in this 1933 classic would own the superior high-def edition. But here we are, with a new release on the way of Hollywood’s first great piece of science fiction cinema.

Based on the novel by H.G. Wells and directed by the legendary James Whale, The Invisible Man tells the story of Jack Griffin (Claude Rains), a genius scientist who has discovered the secret to invisibility. However, when the film opens in medias res (something of a rarity for the era), Griffin has been unable to make himself visible again. And it is slowly chipping away at his sanity.

Dressed head to toe, and with his face wrapped in bandages he seeks refuge at a country inn, where he is subjected to all manner of snooping and distrustful locals. At the forefront of this group is the fantastic Una O’Connor, delivering a hilarious performance as the hysterical landlady.

Upon being chased from the village, Griffin “reveals” himself and starts attacking and tormenting the locals before fleeing. He seeks out a former colleague, Dr Kemp (William Harrigan) to whom he reveals his plan to use his invisibility to kill and dominate those who would stand in his way. When Kemp betrays him, Griffin sets off on a killing spree, culminating in a spectacular and shocking act of mass murder.

Produced during the golden age of Universal Monsters, The Invisible Man was a groundbreaking achievement. The special effects work by John P. Fulton, John J. Mescall and Frank D. Williams is a triumph of ingenuity and practical trickery, and yes, the effects are still impressive by modern standards. Alongside James Whale’s stylish direction and fluid camera movement, the film is a technical masterpiece.

It’s beating heart however is the invisible man himself. A role originally intended for Boris Karloff, it is Claude Rains staggering and theatrical performance that elevates the film beyond its fantastical origins. His exact physicality is exceeded only by his pitch perfect vocal work. Delivering with oily relish, lines such as, “…a few murders here and there, murders of great men, murders of little men – well, just to show we make no distinction.”

In this article:Fabulous Films, The Invisible Man