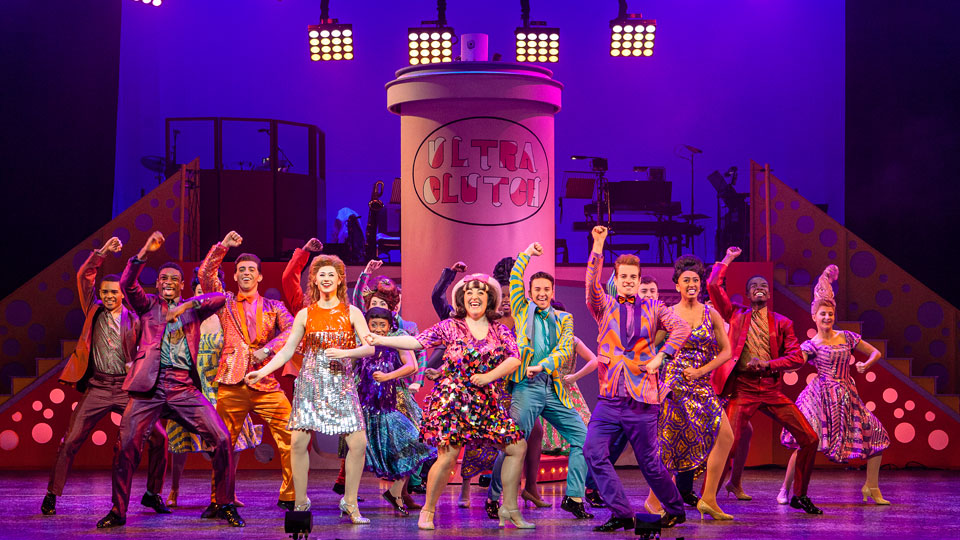 Producer Mark Goucher has confirmed that following the phenomenal success of the current UK tour, the new production of Hairspray will return at the end of summer 2017 to once again tour the UK. This second tour of the smash hit musical will visit venues across the country until the spring of 2018. Casting, dates and locations for the 2017/18 tour will be announced in due course.

The producer of Hairspray Mark Goucher said: “I am delighted that after seeing this new production of Hairspray, Marc Shaiman and Scott Wittman have personally extended the rights to the show, in order for us to embark upon a second UK tour. This next tour of Hairspray will give us the opportunity to bring the show to new venues which we were unable to visit in 2015/16 and also to return to theatres which welcomed the show during its current tour.”

This new production of Hairspray embarked on a major UK tour in 2015 beginning at the Curve theatre, Leicester and continues across the UK until May 2016. The production has enjoyed huge success on the road having been seen by just under quarter of a million people with nine venues still to visit.

Hairspray is directed by Paul Kerryson, with choreography by Drew McOnie and musical direction by Ben Atkinson. The show has music and lyrics by Academy Award, Tony and Emmy winning duo Marc Shaiman and Scott Wittman.

It’s Baltimore 1962, where Tracy Turnblad, a big girl with big hair and an even bigger heart, is on a mission to follow her dreams and dance her way onto national TV. Tracy’s audition makes her a local star and soon she is using her new-found fame to fight for equality, bagging local heartthrob Link Larkin along the way.

Hairspray is a musical based on the 1988 film of the same name which starred Divine and Ricki Lake by cult filmmaker John Waters. With music and lyrics by Marc Shaiman and Scott Wittman and book by Mark O’Donnell and Thomas Meehan, Hairspray originally opened to rave reviews on Broadway in 2002 and subsequently won eight Tony Awards. The production opened in London at the Shaftesbury Theatre in 2007 and won four Laurence Olivier Awards including Best New Musical. Proving to be an international success, Hairspray has also opened in South Africa, Japan, South Korea, China and Dubai. Following the musical’s phenomenal success on stage, a film of the musical was released in 2007 which starred John Travolta, Michelle Pfeiffer and James Marsden.