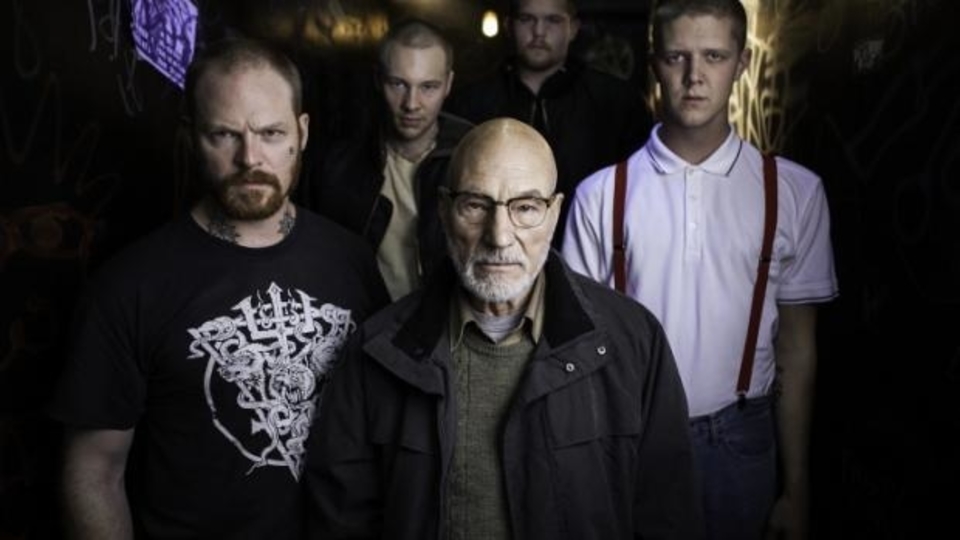 A new trailer and poster has been released for Patrick Stewart’s latest movie Green Room, which finds the actor playing very much against type – this time as a far-right neo-nazi looking to kill a group of young adults!

Down-on-their-luck punk rockers The Ain’t Rights agree to a last-minute gig in a backwards Oregon roadhouse. The gig soon takes a sinister turn as the band members stumble upon a grisly murder scene and find themselves targeted by a ruthless club owner and his associates, determined to eliminate all witnesses.

Check out the new artwork and trailer below: