Pretty Little Liars delivered a game-changer of a season finale this past week when a twin was revealed.

If you haven’t seen the season 6 finale of Pretty Little Liars and want to avoid spoilers, we suggest you stop reading now. If you have seen it and want to hear our thoughts on the next season keep reading.

In the season 6 finale Jessica DiLaurentis (Andrea Parker) was revealed to have a twin sister called Mary Drake. Turns out that Mary is the biological mother of Charlotte (Vanessa Ray) and had teamed up with Elliott (Huw Collins) to get revenge on whoever killed her daughter. Despite having just married Alison (Sasha Pieterse), Elliott has been in a relationship with Charlotte prior to her death and had schemed with Mary to get Alison’s shares in the Carissimi Group. Their wish came true when Ali checked herself into a psych ward after thinking he was seeing her dead mother.

Elsewhere in the episode Hanna (Ashley Benson) and Caleb (Tyler Blackburn) formulated a plan to draw out Uber A but it went horribly wrong when Hanna was kidnapped. She was last seen being dragged across the floor in the church bell tower by (presumably) Uber A. We were also told that Uber A goes by the initials A.D. immediately bringing Alison DiLaurentis to mind but surely it’s not really her?

The seventh season of Pretty Little Liars arrives this summer and it could very well be the show’s last. Even if it isn’t, the season promises to tie up all of the loose ends from the show’s first six seasons and creator I. Marlene King has promised a big reveal almost every week. We know that Hanna survives her ordeal because the flash-forward from the season 6A midseason finale showed a scene that we’ve not seen yet.

1. Who is Uber A? In theory we’ll get this reveal by the end of the season, if King’s word proves to be true. If the show gets an eighth season, then it could end up being drawn out but we hope that we get the answer in season seven.

2. Who killed Jessica DiLaurentis? At this point it would be logical to assume that it was Mary that killed her sister but that feels a little too convenient. It also begs the question of why she would kill her, especially as Jessica had taken care of her daughter.

3. Who killed Charlotte? We’re pretty sure that none of the Liars had anything to do with it. Knowing PLL it’s probably a character we’ve never met before.

4. Who killed Maya (Bianca Lawson)? Will we ever know that answer to that mystery? It’s hard to see how her death fits into the bigger picture but an answer as to why it happened would be appreciated.

5. Couples reunited. It has been said that the next season of the show is its most romantic. We want to see Ezra (Ian Harding) and Aria (Lucy Hale), Hanna and Caleb, and Spencer (Troian Bellisario) and Toby (Keegan Allen) get back together. Surely that’s the end game for those three couples and Spaleb was just a bump on the road to happiness?

6. Emison. The bond between Ali and Emily (Shay Mitchell) is complicated but they have a lot of love for one another. Emily is really the only one of the Liars to really bother with Alison and she’s always the first by her side if she needs help. The fans REALLY want this ship to happen.

7. Sara Harvey (Dre Davis) to die. We’ll admit we were intrigued by her when she was first introduced but now she just annoys us. What is she up to? Is she in league with Mary? Or is she Uber A? There are lots of questions and the best way to answer them would be to kill her off so we can stop going round in circles in our heads trying to figure her out.

8. More Mona (Janel Parrish). Who doesn’t love every scene that Mona is in? She’s got more layers and secrets than anyone in the show and we’re sure she plays into either the Mary or Uber A storylines in some way.

9. The return of some familiar characters. We can’t imagine not seeing popular characters such as Jason (Drew Van Acker), Jenna (Tammin Sursok) and Noel (Brant Daugherty) again before the shows bids adieu.

10. The show not to end! OK, OK logic tells us that the show should probably end but we’re not ready to say goodbye yet. The jump forward in time has really benefitted the show and there’s no reason a new mystery couldn’t start-up once Uber A is solved. Cross those fingers!

Pretty Little Liars is expected to return to Freeform in the US and Netflix in the UK this June. 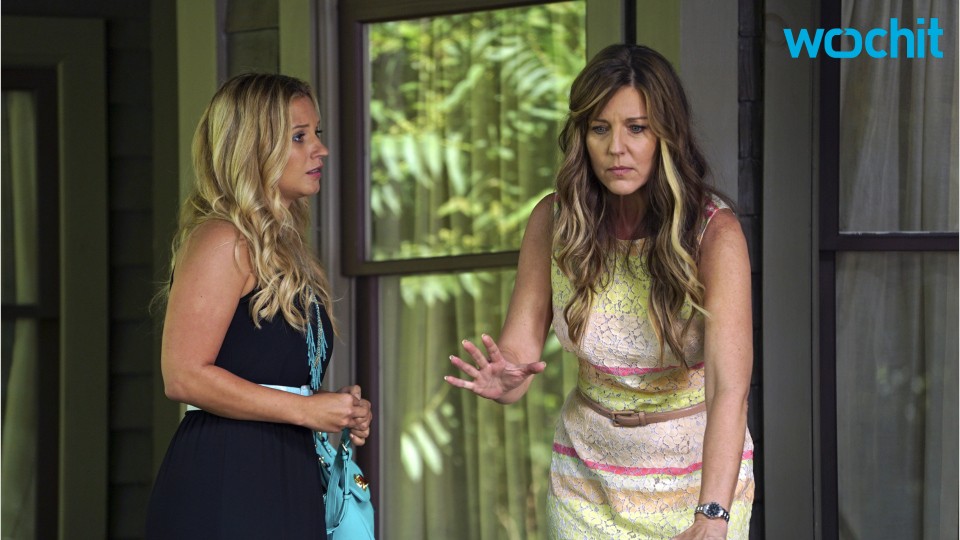