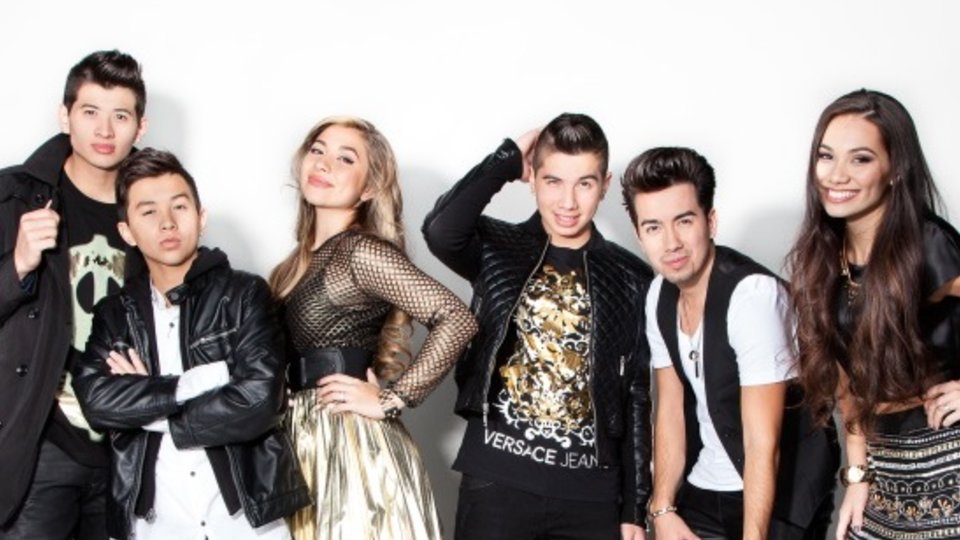 JAGMAC were discovered whilst performing a series of small gigs in their hometown, Baltimore, after word spread, music executives from De Angelis Entertainment made the journey to check them out and they were signed on the spot. Fast forward a few years and JAGMAC are now releasing their debut single, So Good and ready to tour with girl supergroup, Little Mix.

I wanted to find out more about JAGMAC  and you can too, keep reading for more.

Could you tell me first how you all got into music?

Growing up in a musical family, our Dad is Filipino and our Mum is Poly, they kind of had their own interests in music. Our Mum’s side of the family is more ballads and love songs, and our Dad’s side is all hype and dance music. Our Dad’s actually the breakdancer of the family, so we listened to a lot of hip-hop and all hype dance music, so that kind of introduced us and integrated us into that type of music and we kind of took it ourselves and just started listening to everything, but they definitely inspired us at first.

How did the group form?

We’ve been singing together pretty much all our lives, but it was actually for our Dad’s birthday, we decided to write a song for him, we were very young at the time, but it was fun and really cool and ever since we sang it for him at his birthday, we were like ‘Wow, this is something we really enjoy doing. Music is a common love and passion for all of us, so why don’t we keep going with it’? So years went by and officially in the last year and a half we took things seriously and to the next level and here we are today.

How would you define JAGMAC’s style?

JAGMAC’s style would be a mixture between the Jackson 5, because they’re all family, and the Black Eyed Peas because they’re high energy and funky, I think that’s a good mix.

Who were your inspirations growing up?

We all have our individual influences, but as a group I’d say The Jackson 5, Black Eyed Peas, One Direction, Backstreet Boys, Spice Girls, NSYNC. All those big groups, those are who we looked up to as kids.

Can you tell me the story behind your single So Good?

We heard that song around this time last year, my brother and I fell in love with it. We all heard it and was like ‘Oh my goodness, there’s not a song out there that sounds like this and we really want it’, so we kind of went through a tough stage where we were back and forth with the producer, but we eventually got it and we were so excited. My brother and sister and I wrote to it in like a day or so and it felt so good, so we were like ‘You know what, why don’t we call it So Good’? That’s what it sounds like, it makes you feel good and makes you want to dance. So that’s the story behind it.

Have you started working on an album?

Yes, we have, it’s almost finished. We’re just finalising a few tracks. We hope for it to be released it the next month or two. So keep and eye out for it, there’s a lot of great tracks on there.

You all have been involved in performing arts and martial arts. Did you always aim for the stars? And tell me a bit about your black belts?

Yes, we’ve been aiming for the stars since we were very, very young and being able to do this together as a family and a group has definitely been one of our biggest dreams ever. Our Dad owns a martial arts school, so we all started at 3 years old and got our black belts at 9 in tae kwon do. We also do another martial arts called Eskrima which is a Filipino street fighting martial art where you hit people with sticks and you do patterns, and we’re also 2x world champions in that as well. The martial arts have been a huge part of our lives, it’s kept us disciplined and focused in our goals.

You’ve been working with some exceptional people over the past year (Bryan Todd and Pam Sheyne). How was the experience and what did you learn from it?

The experience with working with writers in LA such as Bryan and Pam has been phenomenal, they’re so talented and they bring so much wisdom and knowledge as far as songwriting comes along and music producing. Working with them has been a huge honour and we feel like we’ve gained a lot from working with them, they gave us helpful tips. We’re honoured and blessed. Also writers here in the UK too.

You are going to be touring with Little Mix this year. Could you tell me what the preparation involves and whether you are fans of their music?

A lot of stretching is involved because of the marital arts, we want to make sure we don’t pull anything. We do a lot of vocal exercises and before every show we say a prayer to make sure we stay safe and focused on the main goal and to spread joy and happiness to the kids who come and watch us.

You’re single is going to be out in May and you are touring with Little Mix, what’s next for JAGMAC?

Very much show. We were jamming hard before we came to the UK. We’re huge fans, they’ve got so many good songs out there. How could you not like them? We watched them last night and it was an amazing feeling knowing that we’re opening for them. We were jamming along to the songs.

We’re touring now and the singles just been released so that’s very exciting and then what’s next, we’ll be releasing the album very, very soon and we’ll be back in the UK for a bunch of summer festival too, so be on the lookout as there’s going to be a lot of exciting things happening.

JAGMAC’s debut single, So Good is out now via De Angelis Entertainment.

Advertisement. Scroll to continue reading.
In this article:Jagmac