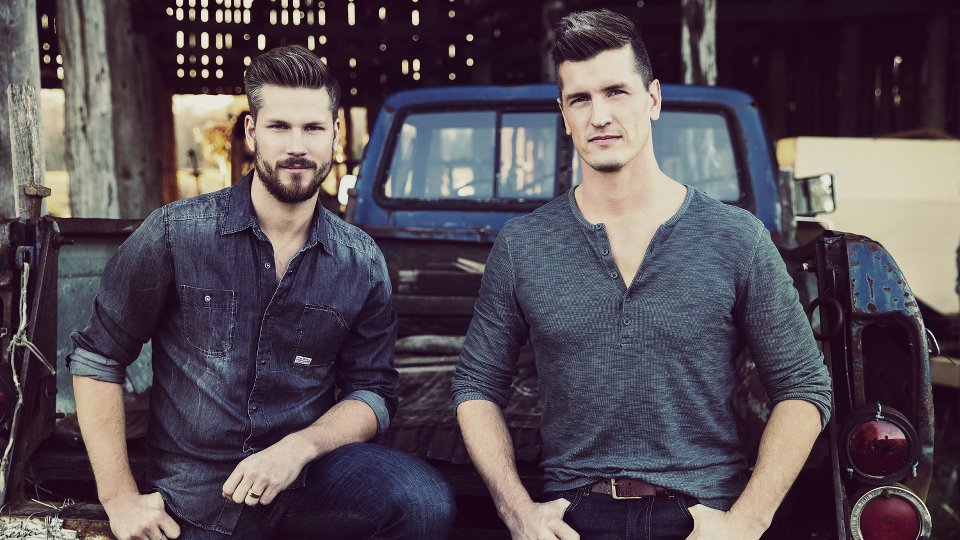 Canadian Brothers Curtis and Brad Rempel are making their UK live debut at C2C: Country to Country in London this weekend. Later today they will perform on the Yamaha Music Stage following Maddie & Tae’s main stage performance but first they sat down with press for a quick chat.

The brothers have been recording music for a long time prior to signing with Atlantic Nashville. Brad explained, ‘We’ve recorded a lot of albums that we never want any of you to hear (laughs).’

‘County Line, we did independently. We started out singing such acoustic bluegrass inspired music. There was a moment in our career where we tried too hard to follow what others were doing. Make You Mine is when the wheels started turning.’

When asked what the band name means Curtis admits, ‘It doesn’t make a whole lot of sense. Brad made up the name when he was 5 years old.’

The brothers have moved from their native Canada to Nashville to pursue their careers. Do they miss the colder climate? ‘I don’t miss the cold at all. I don’t like the really cold weather but I don’t mind when it’s nippy outside,’ Curtis revealed.

The brothers also spoke about their old-fashioned upbringing with Brad saying, ‘We grew up without radio and without TV, very old-fashioned. I never knew who Michael Jackson was until 2007. Our music is a combination of the old stuff we grew up on and some of the new influences we have.’

Will High Valley be returning to the UK in the future? ‘Definitely. Playing The O2 for your first gig is pretty amazing,’ Brad enthused.

‘We’re very active on social media so we’ve made a lot of friends in the UK the past few years. We like to think there’s not too many barriers any more.’

High Valley perform on the Yamaha Music Stage for C2C: Country to Country today at London’s O2 Arena at 5.40pm.

In this article:C2C, High Valley