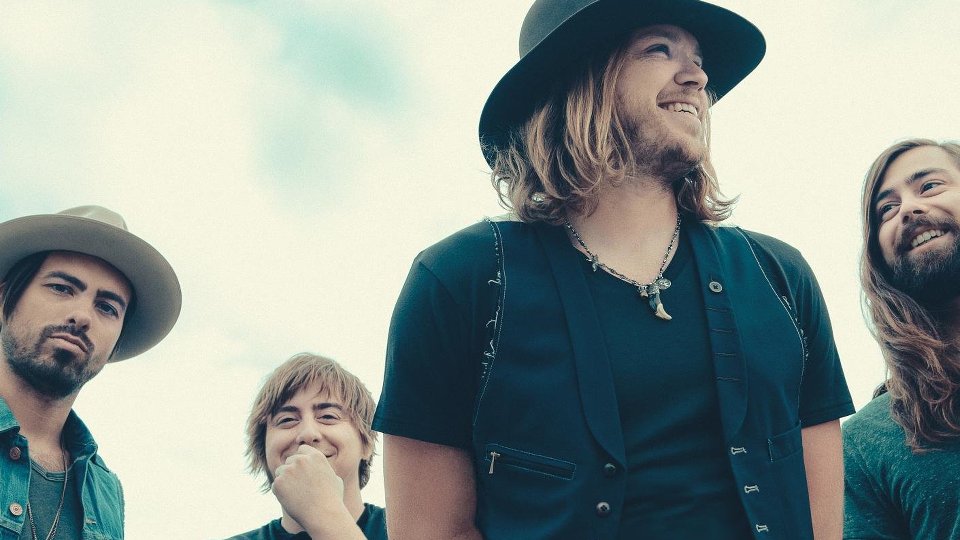 A Thousand Horses have been picking up a lot of buzz in the US following the release of their album Southernality last year. Today they arrived at London’s O2 Arena to sit down with press ahead of their performance at the official aftershow party tomorrow night.

Asked if they’d had chance to see much of the UK yet, vocalist Michael Hobby said, ‘Yesterday when we flew in we were advised to stay awake and not go to sleep. We were able to walk around the city, see a few things and have a few drinks.’

What does the band think a UK audience will be like? ‘We have no idea. We’re really excited to see. Hopefully a great one!’

In the US A Thousand Horses have had huge success with their single Smoke hitting number 1. ‘Smoke was our first single that we released in the US. It’s changed our lives and been a huge thing for us. It’s the comparison of a toxic relationship and the addictive nature of a cigarette.’

Michael went on to explain the title of the band’s debut album saying, ‘Southernality is a made up word. It’s about being proud of where we’re from and what we believe in. We took southern and personality and put them together.’

Are they thinking about the next album yet? ‘We just started the process of putting together what we want to do for the next album. It’ll be a while yet.’

A Thousand Horses perform at the C2C: Country to Country today at 3.15pm at Brooklyn Bowl and at the official after party show tomorrow night (Sunday 13th March 2016) at London’s O2 Arena.