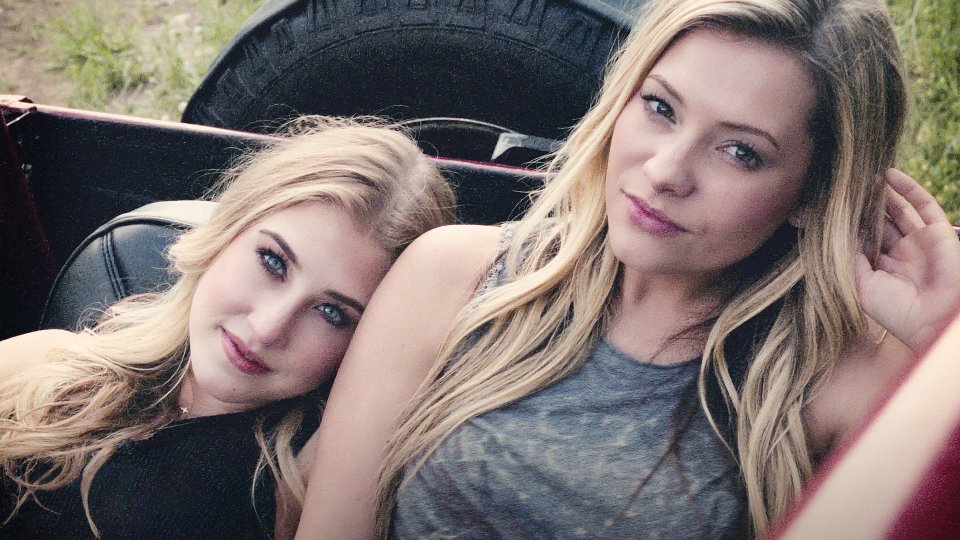 Girl in a Country Song duo Maddie & Tae open the main stage at C2C: Country to Country 2016 today. Ahead of their performance they sat down with press to talk about their music and being in the UK.

The girls revealed that they may have another single from their debut album Start Here but admitted they’ve begun working on their new record already. ‘I don’t know. We’re really focused on Shut Up and Fish. We’re thinking maybe one more single from this record. We’re also writing the second record. We have six songs we know will definitely be on it.’

Maddie talked about how the duo got together explaining, ‘We’ve been together since we were 15. We both just really clicked with how we were influenced growing up and we had similar tastes in Country music and songwriting styles.’

Asked about the rise of women being heard in Country music and the affect they’ve had in terms of opening doors thanks to their hit Girl in a Country Song, Tae said, ‘I definitely think it’s more of a conscious thing. We could have gone down the route about ‘are we going to change country music?’

In this article:C2C, Maddie & Tae