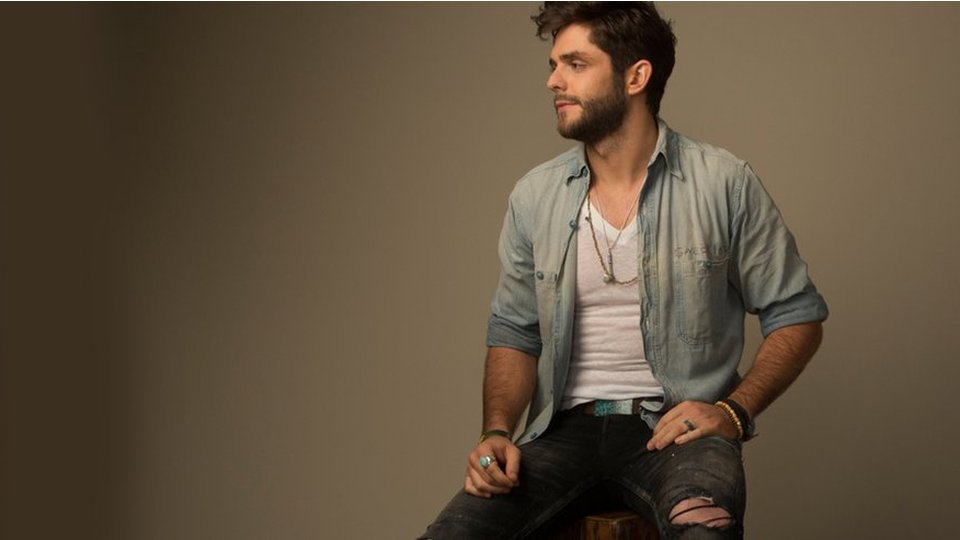 Rising star Thomas Rhett had the unenviable task of opening the main stage at this year’s C2C: Country to Country festival tonight. Kicking off a line-up that includes Dwight Yoakam and Miranda Lambert, Rhett was giving his debut UK concert performance singing selections from his latest album Tangled Up and his debut record It Goes Like This.

Rhett burst onto the stage in a blaze of energy with Anthem, the opening track from Tangled Up. The high-energy set the tone for the performance with Rhett’s energy and charisma adding to his impressive set. The majority of the set list was taken from Tangled Up, with Rhett selecting the more uptempo numbers to keep the audience out of their seats and dancing along. When he performed Tangled he mashed it up with DNCE’s recent hit Cake By the Ocean, which actually worked better than you might think.

Much of the set was kept lively with songs such as South Side and T-Shirt keeping the energy high. Things were slowed down a bit for a two song acoustic section where Rhett performed Beer With Jesus and his current single Die a Happy Man. The energy then cranked back up as Rhett performed Vacation and ran around the audience as he did so causing a bit of a frenzy.

The set was brought to a close with Crash N Burn, a song that has been a huge hit in the US and given Rhett success here in the UK too. The uptempo song is one of his finest and it got a rousing response from the crowd at C2C tonight.

Judging from the reaction Rhett had to his performance tonight, we should be keeping an eye out for a major UK tour maybe later in the year. The audience, and I, loved his energy and he’s certainly got the vocal chops to carry off a fantastic live performance. I can’t wait until he returns to see what he’s really capable of over the course of a longer set. For a debut UK performance, this was an absolute triumph.

In this article:C2C, Thomas Rhett