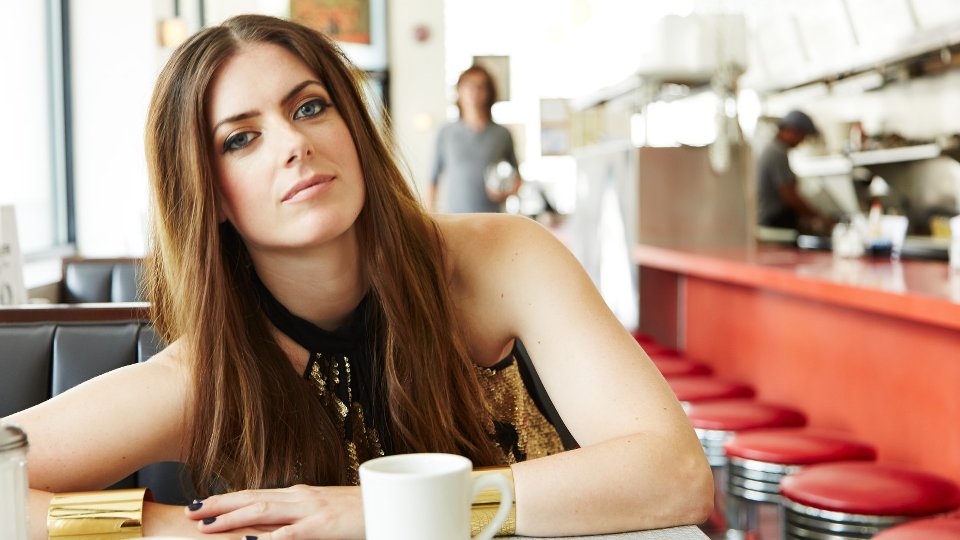 Callaghan has worked tirelessly to promote her music and the hard work is really paying off.

The singer-songwriter embarks of a 12-date headline tour this week, including performances at C2C: Country to Country this weekend. Fans can expect to hear selections from Callaghan’s latest album A History of Now as well as some surprises.

We caught up with Callaghan to find out more about her tour, talk about being part of C2C, and to discuss the rise of Country music here in the UK.

Hi Callaghan. How are you today? Where does this Q&A find you?

Very well thanks! I’m in Lincolnshire at the moment staying with my family in between shows which is lovely. That’s one of the great things about touring in the UK – i get to catch up with friends and family as I go around the country!

You’ll be performing a few shows at this year’s C2C. What can we expect from your performances?

I’m really looking forward to being back at C2C. This is my second time playing the festival and I’ll be bringing some amazing players along to play with me – my cellist who has flown in from Atlanta and Pete Rinaldi, a wonderful guitarist. We’ll be playing songs from my latest album that people might have heard on Radio 2, including “Best Year” and “We Don’t Have To Change The World” as well as some brand new tracks.

C2C is the biggest country music festival in Europe. How did you get involved and how important is it for you to be in the line-up?

C2C is an amazing event to be a part of – I was so overwhelmed by the response of the audience at last year’s festival. To be in such a big space packed out with music fans creates such an amazing atmosphere, and the festival seems to get bigger every year, so it should be great fun. I’m also very honoured to be playing on Bob Harris’s Under The Apple Tree stage this year. Bob has been such a huge supporter of my music over the years so it’s a real pleasure for me getting to play his stage.

As well as C2C you’ll be touring throughout March. Describe a typical Callaghan live show to us.

I always try and create an atmosphere at my shows where people can come in and lose themselves for a few hours – just get caught up in the music and the stories. I think that life can be so hectic these days it’s important to have an opportunity to disconnect from everything else and just enjoy the moment. There are lots of songs from my latest album A History of Now, some brand new songs and also a few covers of my favourite songs. Hopefully people feel like they’ve been on a journey throughout the show with songs that might make them cry or reflect on something, to songs that they can clap and sing along to.

You’re known for touring relentlessly. What is it that you love about performing live?

For me one of the reasons for writing songs is getting to perform them live and see the reaction on people’s faces. You never know when you write a song what impact it might have or how someone might interpret it based on whatever they’ve personally been through. The buzz from performing is like nothing else, it’s amazing to me what a powerful effect music can have.

What are the challenges and rewards of being an independent artist?

It’s definitely a challenge being an independent artist, learning about the business side of things as well as creative. Luckily I have a great team of people who I work with including my husband who is also my manager. It’s very satisfying to be able to work on something together and see it build in success and momentum over the years. I’m also incredibly fortunate to have a very supportive fan base in the US and UK who all feel part of the team as well. It’s definitely not something I could do by myself, it’s a real collective effort.

You moved to the US in 2010 to concentrate on your music. Why did you make that move and what opportunities did it present?

I decided to go over to the US after getting an opportunity to record with a musical hero of mine – Shawn Mullins. I had contacted him on MySpace back in 2009 and sent him some songs, so when he replied and offered me the chance to go and record with him it wasnt really something I could turn down. I didnt know at that time how long I would be over there for, but it has now almost been 6 years. Shawn gave me a really great start in the US, taking me on 4 tours with him and introducing me to his fans. I’m now able to headline my own tours across the US and I’ve seen almost all of the country – 46 of 50 states! It has been an amazing experience to get out there and take in new sights and find new inspirations. I now live in Nashville and love getting to go back there when im off the road, write songs and enjoy the peace and quiet. It’s a very relaxing place to live and has a special kind of atmosphere since the city is completely built around music.

Country music is a genre that hasn’t historically done that well in the UK. Why do you think that’s changing now?

I think a lot of it has to do with how wide the Country music genre is now – there are so many artists from Willie Nelson to Taylor Swift that cover such a range of styles that Country music doesn’t just mean one thing these days, there’s probably something to suit everyone. I think Radio 2 and particularly Bob Harris have done a lot to introduce the UK to a lot of new Country music and show people how many great artists are out there.

Which country artists are you listening to at the moment?

I’ve always been a fan of the older style of country artists that I grew up listening to, like Johnny Cash, Willie Nelson and John Denver. In fact John Denver will always hold a lot of special memories for me because he was the first concert I ever went to when I was 5 years old and I just recorded a version of his song “Annie’s Song” that I’ll be releasing soon on an acoustic album I recorded in Nashville. I also love more modern artists, like Alison Krauss, Kasey Musgraves and the Dixie Chicks who tell stories in their songs and have something to say. It’s always good to hear strong female voices getting out on the airwaves and singing songs that really tell things from their perspective.

I’ll be touring all over the UK in March and then back again at the end of May for Bob Harris’s inaugural Under The Apple Tree Roots Festival which is May 27-29. I’ll be around in the UK for more shows over the Summer and I’m really looking forward to getting to spend a lot more time in the UK this year. I’ll be continuing to write and working on my next studio album, as well as releasing my new acoustic album very soon!

Callaghan will be performing at C2C: Country to Country, which takes place from Friday 11th to Sunday 13th March 2016. Her UK tour kicks off on Wednesday 9th March 2016 and all of the dates can be found at www.callaghansongs.com/gigs. Watch Callaghan’s music video for Best Year below:

Advertisement. Scroll to continue reading.
In this article:C2C, Callaghan