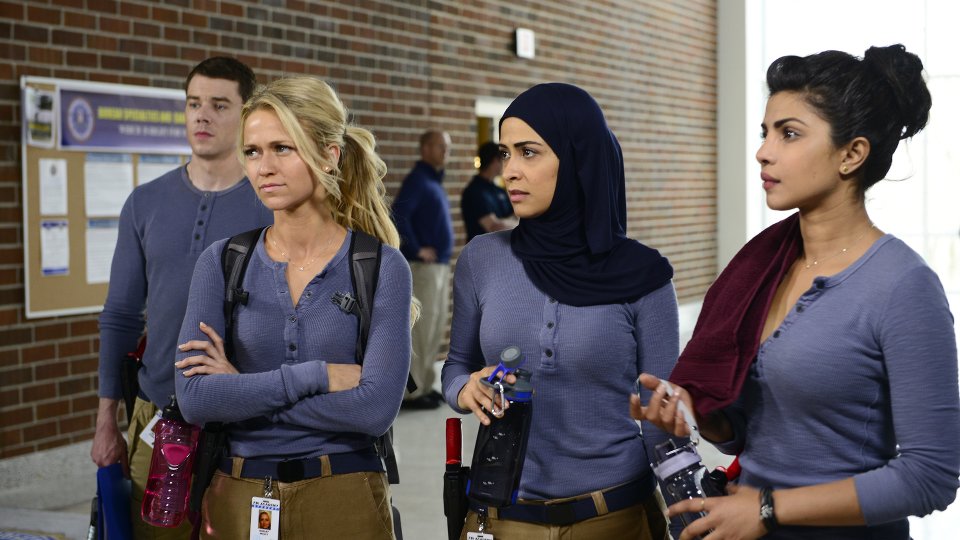 Quantico, one of the biggest new shows of the season in the US, arrives in the UK on Thursday and trust us when we say you don’t want to miss it.

The series stars Bollywood star Priyanka Chopra, Johanna Braddy (UnREAL), Josh Hopkins (Cougar Town), Aunjanue Ellis (The Help) and Jake McLaughlin (Warrior). The show follows a bunch of recruits training at the FBI Academy in Quantico, Virginia that get caught up in a terrorist act that casts the spotlight on all of them.

The first episode of the series is Run. Alex Parrish (Chopra) is framed for attempted murder after waking up in the rubble of Grand Central Station in New York and fights to clear her name.

Find out more about the series by reading our interview with Josh Hopkins.