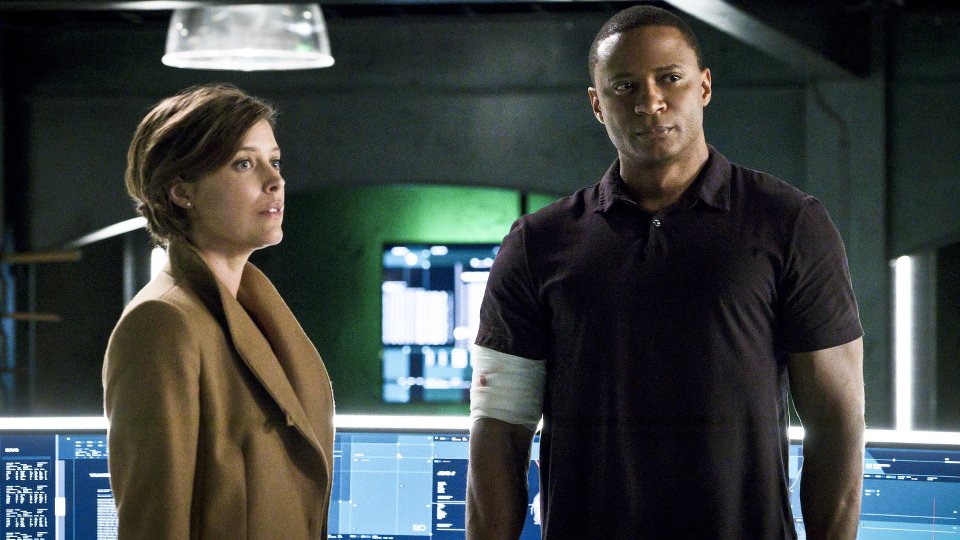 Felicity (Emily Bett Rickards) survived her ordeal but faced a difficult future on the latest episode of Arrow.

After being attacked by Darhk’s (Neal McDonough) men, Felicity was told she would never walk again and would be confined to a wheelchair. Oliver (Stephen Amell) went on a revenge mission trying to track down Darhk and ran into Lonnie Machin (Alexander Calvert) who was also after Darhk.

In the end Oliver had to protect Darkh’s family from Machin and in return Darkh said he would allow Oliver to spend time with his family before he killed him.

The next episode of the season is A.W.O.L. An agent of Shadowspire who was an enemy from Diggle (David Ramsey) and Andy’s (Eugene Byrd) wartime past shows up to Star City. Oliver must learn a new way of life with Felicity now in a wheelchair.