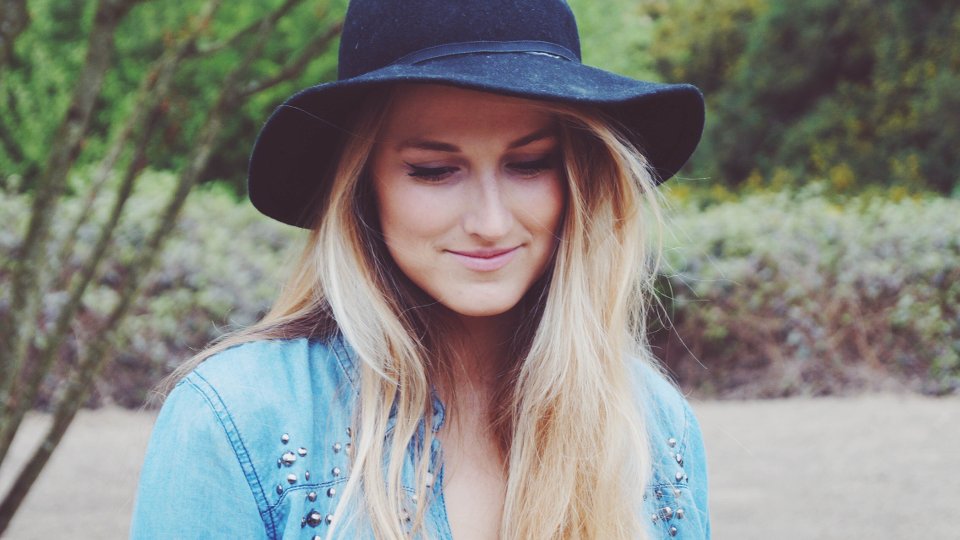 C2C: Country to Country is just around the corner and one of the things I love about the festival is that gives you a chance to discover great new music and artists.

One artist I’m looking forward to checking out is rising UK Country star Frankie Davies. The Jersey-born singer-songwriter is building quite the buzz with her latest single Dancing All Night picking up plenty of support. This year she’s working on her debut album but she’ll be fitting in an appearance at C2C in March.

I caught up with Frankie to talk about Dancing All Night, find out more about how she got into Country music, and to discuss her upcoming C2C appearance.

Hi Frankie. Where does this Q&A find you today?

Your new single Dancing All Night is out now. What’s the story behind the song?

Dancing All Night is inspired by my parents, and in a kind of a way this is their story. They always have the radio on and whenever a song comes on which they both know and love, they’ll grab each other and dance around like no one is watching. When that happens you can see how much fun they have and how much they really love each other.

The track is taken from your EP of the same name. When will we see an album from you?

I’m currently working very hard on a next release and hopefully it will be an album, my hopes are that it’ll be out later this year/early next year.

Next month you’ll be performing at C2C. What can we expect from your performances?

C2C is a great platform for UK artists making country music. How big a deal is it for you to perform at such a huge event?

It is a massive deal, especially because C2C is growing every year along with Country music itself in the UK. It’s just a great opportunity to perform at this event and to hopefully introduce more Country fans to my music, and I’m incredibly proud to be on the bill among some of the absolute best in Country.

How did you get into Country music?

I remember when I was about 7 or 8, my mum had a tape of The Dixie Chicks – Wide Open Spaces and I immediately fell in love with them and with Country. I probably stole that tape from her, but it lead to her introducing me to Dolly Parton, Alison Krauss, Lee Ann Womack and all the great female Country artists.

Which artists would you credit with influencing your music?

Obviously The Dixie Chicks, and from a songwriting perspective Bob Dylan and James Taylor but Dolly inspired me the most and I think she helped shape how I would eventually write songs. It’s hard to pin point who has influenced me the most because i’m also inspired and influenced by so many artists that aren’t in the Country genre, yet what I end up creating is Country music .

You’ve got a busy year ahead including some festival date and live shows. What are the challenges of being on the road?

It’s tough, but the pros definitely out weigh the cons and I love performing way too much which is why I haven’t given it up, but the hardest part for me is being away from my family. I am so incredibly close to them, they support me completely and as soon as I hear their voices and their laughter I just want to be in their company.

Country music is really starting to be recognised here in the UK. Why do you think the genre is enjoying such a surge at the moment?

I think Country music is just so accessible, with people of any age being able to relate to it and its fanbase in the UK really is incredibly loyal. I think the creation of C2C and other major UK Country festivals has really helped bring Country to the masses, as has BBC Radio 2 and more digital Country radio stations throughout the UK and I really hope it continues.

After Nashville and C2C I’m heading to Australia for a short while for a break and to get further inspired. At the end of May I’ll be performing at the first ever Under The Apple Tree Roots Festival created by Bob Harris and the line up is looking epic. I’ll be performing and exploring throughout this year, and hopefully some new music will be out before the end of the year.

Frankie will be performing at C2C: Country to Country, which takes place at The O2 Arena, London from Friday 11th to Sunday 13th March 2016. Watch Frankie’s music video for Dancing All Night below:

Advertisement. Scroll to continue reading.
In this article:C2C, Frankie Davies