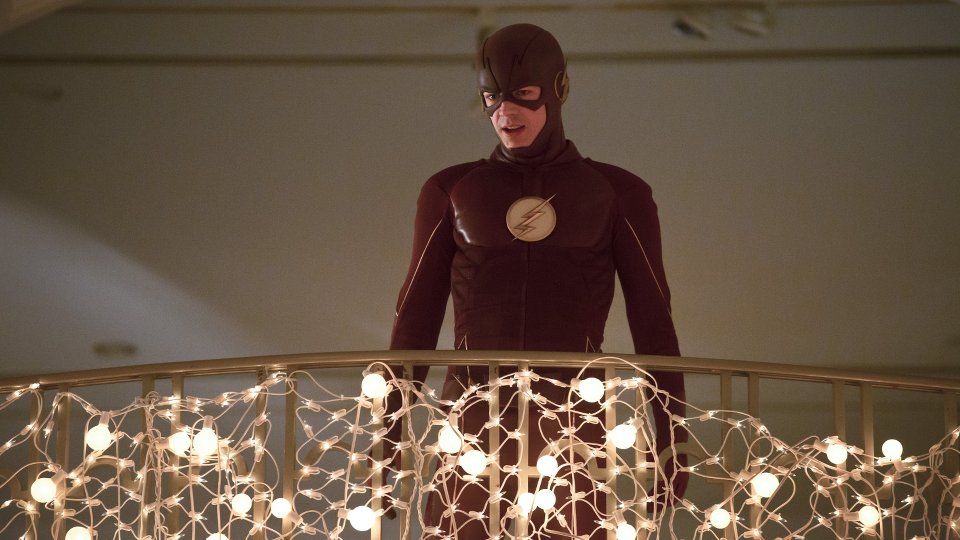 Barry (Grant Gustin) talked Patty (Shantel VanSanten) out of carrying out revenge on the mid-season finale of The Flash.

The show returns to UK screens next week and after Patty came so close to learning Barry’s secret, could she be the next person to learn about his secret identity? Patty was pushed over the edge when Mark Mardon (Liam McIntyre) broke James Jesse (Mark Hamill) and Leonard Snart (Wentworth Miller) out of Iron Heights. She was determined to get revenge for the murder of her father, which Mark committed years earlier.

James and Mark planted bombs around Central City, which Barry and the team had to find and diffuse before they caused any damage. Patty decided to kill Mark but was stopped by The Flash.

Elsewhere in the episode Joe (Jesse L. Martin) was visited Wally (Keiynan Lonsdale), the son he didn’t know existed, and Zoom forced Harry (Tom Cavanagh) to agree to help him steal The Flash’s speed in exchange for his daughter’s life.

The next episode of the season is Potential Energy. Barry wonders whether to tell Patty about his double life and Joe and Iris (Candice Patton) try to bond with Wally. Meanwhile, an evil thief shows up in town.