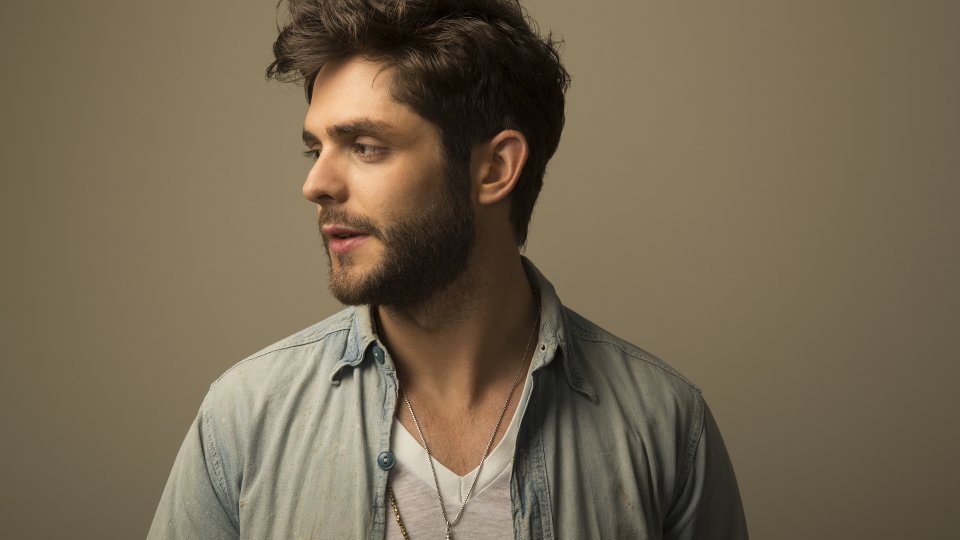 25-year old Thomas Rhett will be opening up the main stage of C2C: Country to Country this year and the performance will coincide with the UK release of his second album Tangled Up.

The Georgia native released his debut single Something to Do With My Hands in 2012 but prior to that he found success as a songwriter with I Ain’t Ready to Quit, which was recorded by Jason Aldean for his album My Kinda Party. It wasn’t until the release of It Goes Like This that Rhett enjoyed a breakthrough as a singer-songwriter in his own right. That track gave him his first number 1 on the US Country Airplay Chart and it peaked at number 2 on the US Hot Country Songs Chart.

It Goes Like This was also the name of his debut album, which arrived in October 2013. The album was a hit and spawned additional hits Get Me Some of That and Make Me Wanna, both of which hit number 1 on the US Country Airplay Chart. Those singles both went platinum and It Goes Like This (the single) has been certified 2x platinum in the US.

In 2015 Rhett released Crash and Burn, adding to his tally of number one airplay hits, the first single from his second album Tangled Up. Follow-up single Die a Happy Man became his first song to top both the US Country Airplay and US Hot Country charts. Tangled Up is Rhett’s most successful album to date and has already eclipsed the sales of It Goes Like This in just four months following its release.

As a live performer Rhett’s credentials are getting longer and longer. He opened for Florida Georgia Line in 2015 on their Anything Goes Tour. He also performed his first headline tour in 2015 when he co-headlined the Suits & Boots tour with his good friend and fellow country star Brett Eldredge.

This year he’s already been touring with Jason Aldean on the We Were Here tour, and he will continue on that tour until May. In the midst of that though he will be wowing the crowds at C2C opening the main stage ahead of Dwight Yoakam and Miranda Lambert.

Thomas Rhett will perform on the main stage at C2C: Country to Country in London on Friday 11th March 2016. Watch the video for Crash and Burn below:

Advertisement. Scroll to continue reading.
In this article:C2C, Country to Country, Thomas Rhett