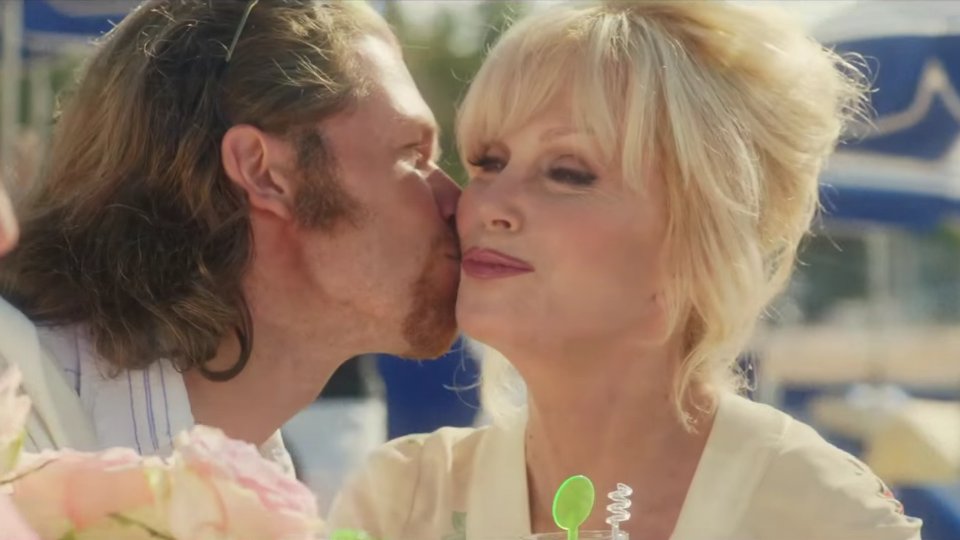 The first-look teaser has arrived for Absolutely Fabulous: The Movie and it finds Edina (Jennifer Saunders) and Patsy (Joanna Lumley) living it up.

The short teaser finds the iconic characters enjoying the company of speedo-clad hunks on a speed boat, riding around in a jeep on the beach, and sipping cocktails with some younger men. From the look of it Edina and Patsy are still living the fabulous life!

Appropriate for their big screen debut, Edina and Patsy are still oozing glitz and glamour, living the high life they are accustomed to; shopping, drinking and clubbing their way around London’s trendiest hotspots. Blamed for a major incident at an uber fashionable launch party, they become entangled in a media storm and are relentlessly pursued by the paparazzi. Fleeing penniless to the glamorous playground of the super-rich, the French Riviera, they hatch a plan to make their escape permanent and live the high life forevermore!

The movie will feature original cast members including Julia Sawalha as Saffy, Jane Horrocks as Bubble and June Whitfield as Mother.

Absolutely Fabulous: The Movie will be released in UK cinemas on 1st July 2016. Watch the new teaser below: