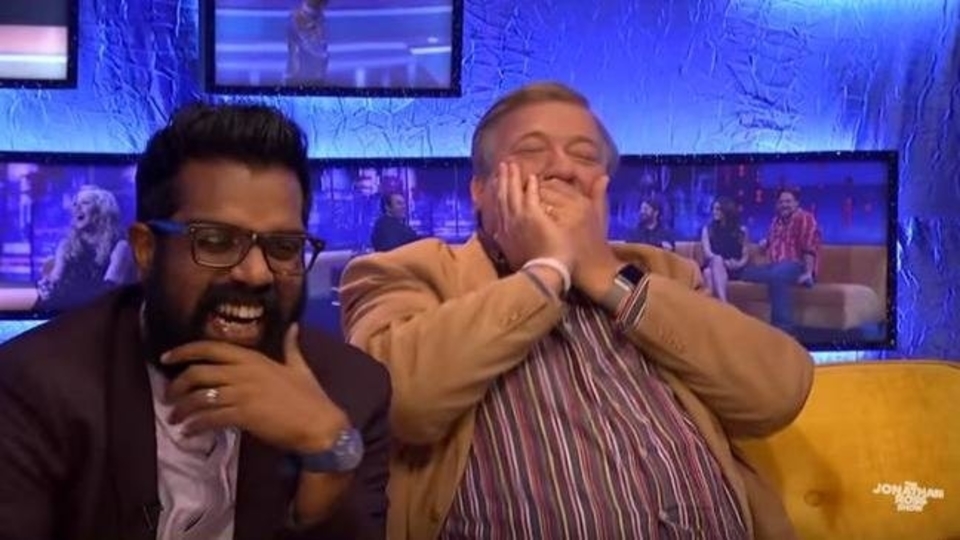 Sacha Baron Cohen left a unforgettable mark on the audience of The Jonathan Ross Show this past week, including his guests Amy Poehler, Stephen Fry and Romesh Ranganathan.

Cohen, the man behind Borat, Bruno and Ali G showed them an unseen clip from his new movie Grimsby, out in the UK on 24th February. It was so rude they couldn’t even show the clip on TV so they filmed the guests and audience reaction to it instead – and the results were hilarious!

Nobby has everything a man from Grimsby could want – 9 children and a girlfriend he loves more than anything (Rebel Wilson). There’s only one thing missing in his life: his little brother, Sebastian (Mark Strong), from whom he was separated as a child.

After 28 years of searching, Nobby has finally tracked his brother down in London – unaware that he’s an MI6 assassin. After a disastrous reunion in which Nobby accidentally ruins Sebastian’s life and puts them both on the run, they uncover a plot to destroy the world.

In order to save humanity, and his brother, Nobby has to embark on a global mission and undertake a complete transformation from lovable idiot to sophisticated secret agent.

Check out the Grimsby reaction clip below.

In this article:Grimsby, Sacha Baron Cohen, The Jonathan Ross Show