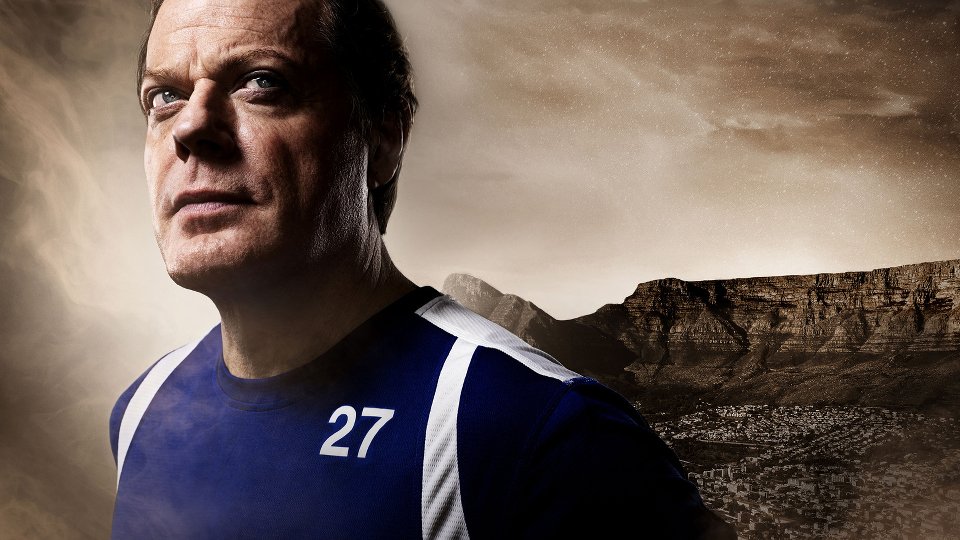 Actor and comedian Eddie Izzard will attempt to run 27 marathons in 27 days for Sport Relief 2016 it has been announced.

The ambitious challenge will take place across South Africa with Eddie aiming to run over 700 miles in temperatures of up to 30°C without a single day off. Eddie’s journey will be documented by online channel BBC Three from his first marathon on Tuesday 23rd February to his last marathon planned for Sunday 20th March.

Eddie has chosen to run 27 marathons to reflect the 27 years that Nelson Mandela spent in prison. He will explore the history of South Africa and Mandela as well as visiting communities, organisations and families that have been helped by Comic Relief.

This new challenge follow’s Eddie’s aborted 2012 challenge, where he attempted a similar feat. He completed 43 marathons in 51 days across the UK but had to pull out due to health reasons. Eddie still raised over £1.8 million.

The money raised for Sport Relief from the Eddie Izzard: Marathon Man challenge will be used to help transform the lives of some of the most disadvantaged people both at home in the UK and across the world’s poorest communities.

In this article:Eddie Izzard, Sport Relief