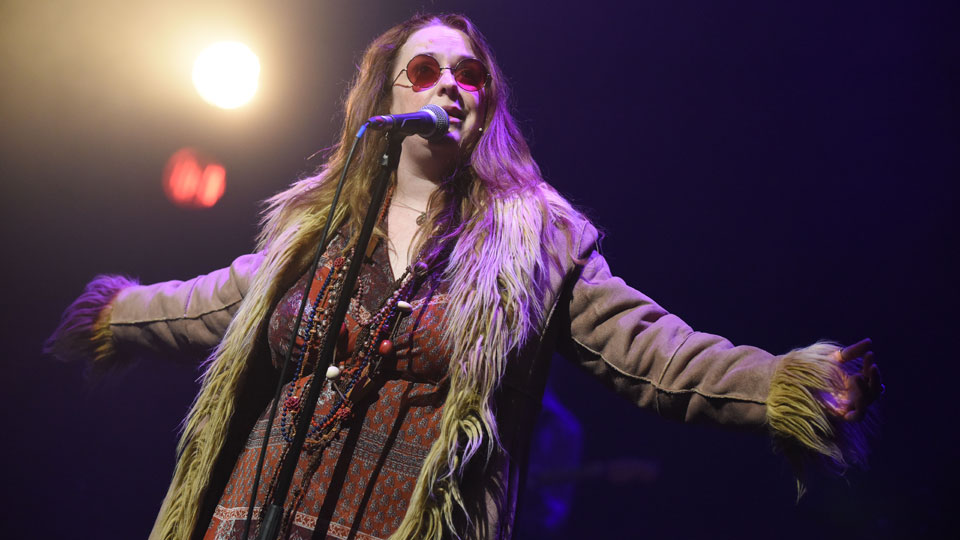 Janis Joplin: Full Tilt explores Janis Joplin’s rollercoaster and often turbulent life, from her childhood years to her untimely death at the age of just 27. The 27 club as it is now known, has sadly seen many leading iconic figures in music ‘join’, following their tragic early deaths. The show does not hold back and it doesn’t try to gloss over anything that Janis went through. From the portrayal of the show, it seems that Janis didn’t have an easy journey from growing up in Texas, to being the icon that she is now known as. Rebelling against her family, dropping out of college, living a largely hedonistic lifestyle and with her powerhouse vocal ability, there could not be any other option for her – but to be a rock ‘n’ roll star.

The show fully demonstrates Janis’ amazing talent as a songwriter and singer. Her on-stage carefree persona and do what you want to do attitude – not what others want you to do, shines throughout. The story however, seems to focus quite heavily on the turmoil that she went through, portraying Janis as a somewhat constant babbling confused person and drunk, full of self doubt and generally giving herself a hard time. Performing to an audience of thousands, yet going home alone. The show also features a few tales of those that she partied with during that time, including the likes of Jim Morrison of The Doors (also a part of the 27 club).

Janis, played by Angie Darcy gives a blistering and realistic performance. For the Janis fans in the audience, they could not hold back from singing along to the songs and when Cry Baby and Piece of My Heart is performed, all you could see was smiling eyes and mouths. Piece of My Heart was sung with all of the passion and fire that the song needs and again, we are reminded of her brilliance and how that song is still relevant to this day. With an energetic and live band to accompany the show, each song comes alive and we are transported to what it must have felt like to be at a Janis gig.

We would have liked to have seen more joy in the show, were it possible. Life is full of ups and downs and we’re sure that she had some amazing times during her music career, but we are only really shown a tremendous amount of the dark side. This gives the show a somewhat sombre feeling. The show is full of emotion, but we feel that it focuses too much on everything that went wrong with her short life, rather than focusing on what made her great and iconic. It is however a fantastic show and of course, the songs speak for themselves.